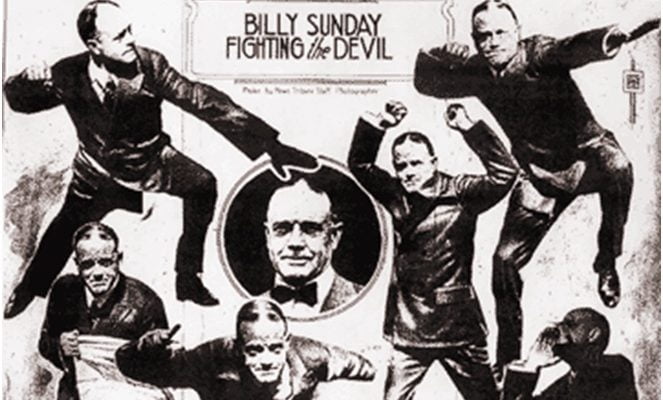 Billy Sunday (1862-1935) was a professional baseball player who was saved in the 1880s at Pacific Garden Mission. After he was saved, he left baseball to work for the YMCA, then travelled with the Presbyterian evangelist J. Wilbur Chapman. When Chapman returned to pastoring, Billy Sunday began travelling on his own. His first meeting was in Garner, Iowa.

According to Bill Federer, “During the next 46 years, till his death November 6, 1935, over 100 million people heard Billy Sunday preach. “

Wikipedia reports that ” Although the usual total given for those who came forward at invitations is an even million, one modern historian estimates the true figure to be closer to 1,250,000.”

You can find Billy Sunday’s grave on the Christian Heritage section of the VCY App!