​It’s proclaimed by some, especially those within and supportive of the LGBTQ community, that a person who’s following the homosexual or transgender lifestyle is ‘born that way’. They expect full acceptance of who they are. Sadly, there are even churches that have accepted this line of thinking rather than see the deception and bondage created by such choices.

The acceptance of such behavior also goes against the grain of Scripture which says in I Corinthians 6:11, ‘And such were some of you: but ye are washed, but ye are sanctified, but ye are justified in the name of the Lord Jesus, and by the Spirit of our God.’

This Crosstalk featured the testimony of one who was gender-confused and fully engulfed, not only as a homosexual but also as a transgender prostitute. Transformed by the power of the Gospel, David Arthur now directs ‘I Belong Amen Ministries’, an outreach ministry designed to bring God’s truth in love to a lost and dying world.

David began his story by mentioning his father’s suicide. With that parental hole in his life, he was seeking and searching for that missing, male affirmation. He would see the attention his mother or aunt would receive from their boyfriends. He reasoned that perhaps if he acted like his mother or aunt, perhaps he could get that kind of attention too. In fact, he discovered that the more feminine he acted, the more attention he received.

Unfortunately the attention he received came in the form of molestation at the hands of certain men. He associated that negative attention with the male affirmation/confirmation/love that he was seeking. In fact, by age 8 or 9, he found himself going out and looking for boys/men to engage in sinful activity with, even if it meant being molested.

Around age 12 or 13, David had discovered drugs and alcohol. By the age of 14 he was a confused, HIV positive transgender and homeless runaway, involved in prostitution. If he wasn’t selling or giving himself away on the streets of Philadelphia, he was trading his body either for drugs or simply a place to stay.

Throughout his teen years, David was in and out of juvenile detention, and as an adult he was in and out of county jails which eventually led to prison. It was during his second stay in prison that he met a correctional officer who challenged him, and kept consistently reminding him, that God did not create him to be this way. As much as that hurt his feelings, within a few weeks David was seeking that officer out because he knew there was something different about him. The officer’s impact upon David was so profound, that upon leaving prison, change was in the works as he no longer felt comfortable dressing as a woman.

Sadly, David still followed after the lusts of the flesh to such a degree that by his mid-30’s, osteoporosis, AIDS, boils and fevers began to take their toll. Although sent home to die by doctors, God wasn’t through with him. In his desperation, he picked up the Word of God. That began further transformation that also included a medical impossibility that can only be described as a God-given miracle.

Learn the amazing end of David’s story, which in one sense became a new beginning, when you review this inspiring edition of Crosstalk. 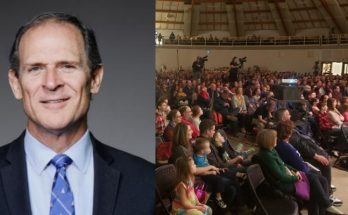 Loving Your Friend Through Cancer Pt. 2

Loving Your Friend Through Cancer Pt. 1

The blessing of the Lord, it maketh rich, and he addeth no sorrow with it.
Proverbs 10:22