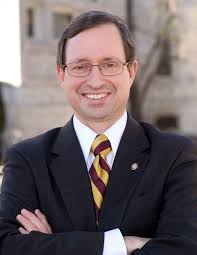 Sam Rohrer is the president of American Pastors Network and Pennsylvania Pastor’s Network. He’s the host of Stand in the Gap airing on both TV and radio. Sam is a former representative from the State of Pennsylvania and a former candidate for governor.

Discussion began with the recent appearance of a ‘drag queen’ at a children’s story hour by a person going by the name of ‘Annie Christ’. The event took place at the Landsdale, Pennsylvania, public library (See Crosstalk, January 31, 2019).

Sam’s believes when you have individuals with names such as ‘Annie Christ’ it is anti-Christ. He finds it amazing that in a nation that used to have ‘blue laws’ and ‘community standards’, if they were to be rewritten today, they’d be the complete opposite.

These things are not just differences of opinion, they are clear violations of what God says are needed for order within society. It’s the result of a culture that has rejected defined moral truth (biblical standards). Once those are removed, you’re free to move wherever you want. When viewed from the sinful condition of man’s heart means the direction headed is always down.

He also commented on the safeguards that should be in place in society. That includes parents and grandparents who uphold truth, teaching it to their children, as well the pulpits of America that are given the responsibility to proclaim God’s higher standards. This has been missing.

Jim then mentioned how a lot of this has been precipitated by legislation of the kind we now see in the State of New York. Sam explained that this legislation establishes the fact that: (1) A woman, under protection of state law, can abort the child right up to the date of delivery. (2) It bases abortion on a very nebulous standard; the thinking, emotions and feelings of the mother and not on issues such as the woman’s health. (3) At one point abortions had to be conducted by those who had medical licenses. Now even that has been removed.

This was escalated when we saw similar legislation show up in Virginia. Governor Northam took to the airwaves to somehow rationalize infanticide. He then made a statement to the press the day after saying, ‘We can agree to disagree but let’s be civil about it.’ Jim then noted how ironic it is that you have someone calling for civility when he’s the one advancing the ability to kill an innocent baby, even after it’s born.

Jim then quoted Isaiah 5:20–‘Woe unto them that call evil good and good evil, that put darkness for light and light for darkness, that put bitter for sweet and sweet for bitter.’

Sam capped this portion of the discussion by mentioning that there’s, ‘a cultural consequence and there is a national consequence that comes to any and every nation that seeks to rewrite God’s fundamental values…’

As this edition of Crosstalk continued, Jim noted pro-abortion legislation movement in New Mexico and Rhode Island, what’s taking place in the U.S. Congress on this issue, Nancy Pelosi’s reaction to the president’s desire to ban late-term abortions, the responsibility of the church, and much more.