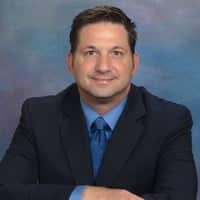 John Guandolo is the founder and president of Understanding the Threat and a counter-terrorism expert. They are the only organization in the nation which provides a detailed assessment of the enemy threat in your local area, provides law enforcement investigative solutions, and creates state level counter-insurgency strategies to identity, dismantle and defeat the jihadi network in your area. He’s co-author of ‘Sharia-The Threat to America’ and author of ‘Raising a Jihadi Generation.’

Illhan Omar and Rashida Tlaib have been far from the typical freshmen colleagues as they begin their political careers in Congress. Instead they’ve been vocal and out on the front lines. John said that this was predicted.

Specifically, what America is seeing, both from the Islamic and Marxist counter-states, are intentional actions. This means that Omar has been put in her position to be very aggressive in calls for Shariah and her antisemitism. This is the way they operate and she’s playing a very important role in the Islamic movement.

According to John, Omar is a woman who legally has no business being in Congress because she married her brother, which is a violation of U.S. law, as well as the fact that she lied on her immigration paperwork and falsely obtained her visa paperwork. Unfortunately, all of this has been ‘pushed under the rug.’

John believes it’s the Republican establishment that has failed to bring charges such as these to everyone’s attention.

John went into more detail in this regard beginning at the foundational level. Strategically, the hammer for the Muslim Brotherhood-led counter-state in the U.S. is the Marxist counter-state movement. He feels the Marxist movement will do the majority of the violence, at least in the initial stages when things begin to go kinetic within the U.S.

The enforcers for the Marxists are the establishment Republicans. They are the individuals that enforce the politically correct narrative that gives the Marxists the room in which they do their work. He gave the example of former Congresswoman Michele Bachmann asking legal questions from inspector generals concerning how badly penetrated our government organizations have become by Muslim Brotherhood operatives. John noted that it’s John Boehner, John McCain, Marco Rubio and other Republicans that would attack her.

Another example involves laws brought before state legislatures. A counter-terrorism measure known as Andy’s Law was one of them. This meant that if you were an Islamic organization and you train someone in jihad and they go out and act on that, you could be held liable. In Florida, this law was approved by committee, passed through the house and the state senate, yet it was killed by the Republican speaker of the house. This type of scenario is playing out at the state and national level.

According to John, at this time, President Trump is the only one ‘leveling the proverbial guns’ at the Marxist and Islamic movements.

John brings even more detail and Crosstalk callers lend their input as well.