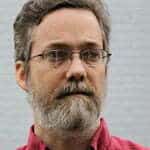 Michael Ramey is the executive director of ParentalRights.org as well as director of communications & research.

Michael believes that we’re seeing government inserting themselves more and more as surrogate parents over children and it’s not just in one particular area of life.

Early on, this Crosstalk looked at various aspects of parental rights beginning with the medical setting. This portion of the discussion dealt with one example that has some parents thinking twice before taking their children to the emergency room, the vaccination issue, gender transition issues of youngsters and an Oregon proposal for mandatory home visits as well.

As this broadcast moved along, Michael looked at parental rights in education, rights of parents that have disabilities themselves, the causes of parental rights erosion, followed the highlight of the program: House Joint Resolution 36.

The rationale for this legislation is a Supreme Court case in 2000 called, ‘Troxel v. Granville. It was the first time the Supreme Court strongly suggested that perhaps parental rights don’t deserve the high level of respect that they’d been given previously. So the court wasn’t breaking with the tradition of saying that parental rights are fundamental, but every other fundamental right that the court has ever recognized gets what Michael referred to as ‘strict judicial scrutiny.’ This simply means that any law that infringes that right has to be narrowly tailored to meet a compelling governmental interest through the least restrictive means.

In the Troxel case, the court concluded that it was sufficient to give the decisions of parents some special weight. ‘Strict judicial scrutiny’ wasn’t necessary as long as the law accorded the parents ‘some special weight.’ Michael believes that’s not sufficient; that parental rights is one of our most important fundamental rights.

So the solution is to either get the court to reverse itself, which is basically impossible, or to amend the Constitution. This means that if the court deems that the Constitution fails to protect parental rights at that level, Michael believes the the Constitution needs to be amended to communicate that it does.

HJR-36 can’t be passed by a simple majority in Congress. Two-thirds of the House and two-thirds of the Senate is required, along with ratification by three-fourths of the states.

There are five sections to this legislation. Jim had Michael comment on them and Crosstalk callers presented their input as well.

For more information on how to contact your Congressman:

Call 202-225-3121 to communicate with your Congressman about House Joint Resolution 36 or go to www.house.gov.