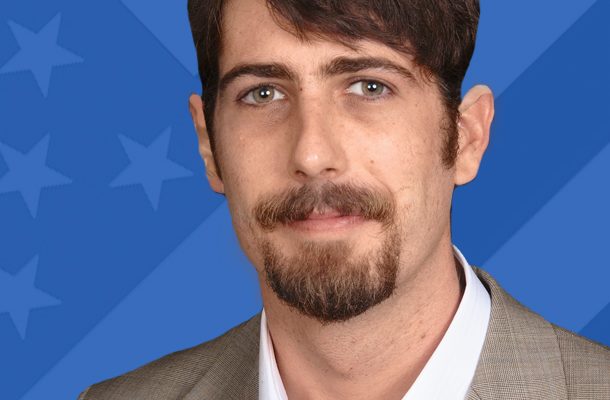 Alex Newman is an international freelance journalist, author, educator and consultant. His articles frequently appear in The New American. He also writes for Freedom Project Media. Alex is co-author of the book, ‘Crimes of the Educators’ and is a lead author on a special edition of the New American ‘Rescuing Our Children.’

In The New American’s ‘Rescuing Our Children’ Alex indicates that there’s a fight in education between those who want to provide solid schooling through reading, writing and arithmetic vs. those who want to change the core beliefs of children.

Alex believes this has been going on for a long time. The idea is that if you want to change the future or control a nation, the best way to do that is to educate or indoctrinate the youth. Here in America we’ve had the idea that education is supposed to be God-centered. So the idea was to help children become literate so that they could read God’s Word. This was the idea behind the ‘Old Deluder Satan Act’ back in the 1640’s in Massachusetts.

Unfortunately we’ve gone 180 degrees in the other direction and today teachers are not so much interested in teaching children about God and how to read and write, etc. Instead for 150 years they’ve been using what Alex described as ‘Quackery’ for teaching reading. Interestingly, he noted how those in opposition to the biblical goals for education have been quite honest about their objective which is the fundamental transformation of the U.S., taking us away from a Christian republic with limited government and protection of God-given rights toward a collectivist, anti-God, socialist government.

Alex believes we’re moving rapidly toward the idea of government usurping the role of parents. During the Obama administration there were several cabinet level departments that released a policy paper that described parents as ‘equal partners’ related to the raising of children. The Germans and the Soviets experimented with this ideology with the idea that the government ought to be the parent of everyone’s children. In America today we’ve had mainstream voices such as Hillary Clinton and MSNBC’s Melissa Harris-Perry calling for the same thing.

What is Alex talking about when he mentions a ‘secret weapon’ for those seeking a new world order? He began by noting that President Trump talks about individuals who for years have been talking about their desire to build such an order. Alex cited people like George H.W. Bush and Bill Clinton. This world order, as they have described it, is completely incompatible with traditional American ideas such as inalienable rights and the right to life and property.

This is why the United Nations and the educational system has ‘…sunk their claws into the youth, not just in America, but all over the world to indoctrinate them; to prepare them…to actually demand it (the new world order). And we’re seeing the fruit of that right now.’

There’s much more to unpack on this issue. Alex does just that along with taking questions and input from Crosstalk listeners.