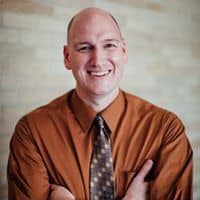 Tim Chaffey is the director of Midwest Apologetics. He’s also the content manager for attractions at the Ark Encounter and Creation Museum. He is both a researcher and an apologist. Tim has served in the positions of a pastor and youth pastor. He’s the author of numerous books including ‘Old Earth Creationism on Trial’, ‘God and Cancer: Finding Hope in the Midst of God’s Trials,’ and the book we’re discussing today ‘In Defense of Easter: Answering Critical Challenges to the Resurrection of Jesus.’

Jim came right out with a tough accusation often tossed at Christians concerning Easter. It claims that Easter is a pagan holiday with connections to Ishtar or Ashtoreth.

Tim began by explaining that it’s not wrong to celebrate the fact that Jesus rose from the dead. In fact, he believes we should be celebrating it every day.

The term ‘Easter’ most likely has a German origin (Ostern) which has to do with the rising of the sun. He warned listeners that while eggs and bunnies have become attached to the holiday, at the beginning God considered those things very good, so in and of themselves, rabbits and eggs aren’t pagan. For Tim this means there really isn’t much basis for the idea of attaching pagan connections to the celebration Christians call Easter.

Why does Tim believe the matter of the resurrection is so critical? He referred to 1 Corinthians 15 where Paul indicated that if there is no resurrection from the dead, Christ is not risen and our faith is futile. This means we’re still in our sins, we can’t be forgiven and we’ll suffer eternally for them. So if Christ hasn’t risen, there is no Christian faith.

Tim described the resurrection as God’s stamp of approval regarding what Jesus did. Had Jesus only died and stayed in the grave, that would have made him a false prophet because he said he would rise.

The Bible uses the phrase, ‘many infallible proofs’ concerning the resurrection. Much of this hinges on the post resurrection, eyewitness appearances in the gospels.

So why is there continued doubt by so many people today? Tim believes either people haven’t looked at the situation or simply don’t want to believe. That’s an interesting point because as Tim’s book points out, Jesus not only appeared to his followers, he also appeared to skeptics as well.

As this program moved along, Jim had Tim address the following:

–Change in the disciples as proof of the resurrection.

–The 2 classes of arguments skeptics use to try and explain away the resurrection.

–The existence of the church as proof of the resurrection.

–What is the ‘principle of embarrassment’?

–Did Jesus arise physically or did he arise spiritually?

–Does the Bible text contradict itself regarding the resurrection?