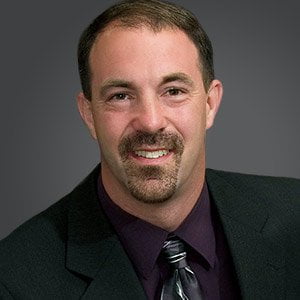 Bodie Hodge is a speaker, author and researcher at Answers in Genesis and is a member of the editorial review board. He’s been involved with many books and DVD’s and is a regular speaker in the Creation Museum Speaker Series. He’s the author, co-author or editor of numerous books including being co-editor of a book we’re discussing today, ‘Glass House: Shattering the Myth of Evolution.’

As Bodie shows, evolutionary theory actually predates Darwin and in addition, it really isn’t a theory. He explained that a theory is something much more than an idea. In science, a theory is something that is very well attested to. You go from a hypothesis to a theory and then to a law. There’s nothing really against a theory but in the case of evolution, there are a lot of problems with it. So in the end, he refers to evolution as a hypothesis, a model, an idea, a belief system or a worldview.

Co-editor Ken Ham asks in the introduction of the book whether evolution has infiltrated the church. Bodie responded by noting that there has been an encroachment, a subtle progression that began in the late 1700’s and early 1800’s.

So if he goes to a church and says that in the beginning God created the heavens and the earth, everyone will say ‘Amen!’ On the other hand, if he then says that God did this in six, normal length days as it says in Genesis 1, some will say, ‘How about the ‘big-bang’ theory and millions of years?’ That shows how a portion of the evolutionary worldview has infiltrated the church.

In the end, for Bodie this is an authority issue. Whether you’re talking about the flood, geological rock layers or the existence of God himself, He’s the ultimate authority on all these subjects. As he noted, ‘To object to God and His Word means you’re elevating yourself to an authority greater than God.’

As this Crosstalk continued, he defined the term ‘evolution’, how the church is responding to the creation/evolution debate, why science comes out of a Christian worldview, ‘living fossils’ and the ‘stasis’ argument, what DNA similarities between man and animals means, and much more.

A powerful team of credentialed scientists, researchers, and biblical apologists take on the pillars of evolution in ‘Glass House: Shattering the Myth of Evolution.’ The truths they reveal decimates Darwin’s beliefs using a biblical and logical approach to evidence. Crosstalk is making this book available for your donation of $16 or more by calling 1-800-729-9829.