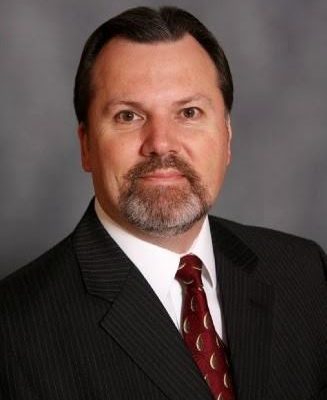 Gary Kah is the founder and director of Hope For the World. Gary is the former Europe and Middle East Trade Specialist for the Indiana State Government. In 1987, Gary was invited to join the World Constitution and Parliament Association, one of the organizations involved at the forefront of promoting the world government agenda. During the next 4 years he obtained detailed documents which demonstrated that the push toward a one-world government was active and rapidly advancing. He’s the author of ‘Enroute to Global Occupation’ and ‘The New World Religion.’

Gary began by describing the cultural, social and moral landscape today. We see Republicans and Democrats that represent two completely different worldviews, over 60 million babies have been murdered, there’s the increasingly widespread acceptance of homosexuality and so-called gay marriage, the proliferation of pornographic films and the legalization of mind-altering drugs. All of this creates an environment of lawlessness.

Gary believes, ‘…that through his remnant people, the Lord has held back the tide enough that we fortunately still have the freedom to speak and take a stand. But how much longer will He wait for the citizens of our nation to repent and turn back to him. And that’s the answer that only God knows.’

On the college and university level, the far left has been able to make a lot of headway, particularly in the last 10 to 12 years. According to the numbers that he’s seen, about two-thirds to 70% of college students after graduation would vote far left. So if you have two-thirds of college educated millennials embracing a leftist, anti-Christian worldview and socialism, how much longer will it take before the left becomes the majority.

He figures that conservatives are losing about one to one and a half percent per year. That’s because of liberal young people coming out of college on one hand, while at the same time, those over the age of 55 are dying off.

Gary then shared his concerns over what people call the ‘Deep State.’ Since around the late ’70’s, there’s been a push to get bureaucratic, left-leaning socialists into the Washington bureaucracy. He believes the ‘Deep State’ has done an incredible job in this regard. He believes it would take President Trump more than 10 years to ‘drain the swamp’ of left-leaning bureaucrats that exist in the State Department, the Justice Department, the Treasury and other cabinet level departments.

So as the president and conservative investigators begin to unravel things that have taken place over the past two years (which Gary believes was a coup against the president), how will the left react? If they realize that they’re being seriously threatened and could face jail time, including former leaders of the CIA and FBI, how far would the ‘Deep State’ be willing to go to prevent that? Would they attempt to create a national crisis to divert attention from the situation?

As this program moved along, Gary discussed the growing tensions in Venezuela, the possibility of crisis in the U.S. or possibly the world, and the U.S. border situation.

In the end, Gary believes, ‘…in a sense God has begun to judge the nation although it’s nothing like what it could be, and that’s how our loving Lord operates.’ He went on to note that 2 Chronicles 7:14 applies just as much to us today as it applied to ancient Israel.