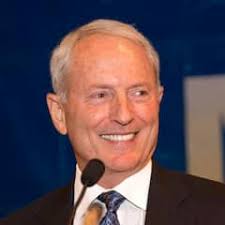 Mike Gendron is the founder and director of Proclaiming the Gospel Ministry.  Mike was a devout Roman Catholic for over 3 decades and was taught to rely upon the authority of the church above all else.  Mike searched the Scriptures and was amazed to find that what he read in Scripture contradicted the teaching and tradition of the church he had been a part of for so long.  He trusted Jesus as his Savior and now the Bible has become his sole authority in all matters of faith.

On May 2nd, there was a meeting of the Pontifical Academy of Social Studies.  At the meeting, Pope Francis advocated for steps toward global authority that supersede the rights of individual nations, all with the goal of pursuing what he calls, ‘the common good’ on issues such as climate change and immigration.

Mike sees this as a precursor to what Bible prophecy describes will happen during the end-times when all the world’s nations will give up their sovereign control to a world ruler known as the anti-Christ.

Mike noted that Pope Francis is a Jesuit pope.  He described the agenda of the Jesuits as one that wishes to establish a kingdom for the papacy.  That’s why Mike is intrigued by the fact that a Jesuit pope is doing things such as demanding that a new supranational, legal, constituted body enforce climate change policies and other worldwide threats such as immigration.

Mike believes this amounts to a policy involving decreased national sovereignty along with increased global unity.  He backed this up by pointing to the Pope’s belief that the world’s problems are being exacerbated by an excessive demand for state sovereignty.

If what the Pope is proposing is all for the common good, you may be wondering what could possibly be wrong with that?  Mike answered that as he revealed Catholicism’s mindset behind this idea and how it impacts the Pope’s beliefs concerning various topics.

Other items discussed included the contradiction brought about by the existence of the walls that surround Vatican City, the Pope’s feelings regarding the U.N., the Pope’s wishing of ‘Happy Ramadan’ to ‘Muslim brothers and sisters’ and much more.

To obtain a DVD copy of ‘Prophecy and the Pope’ (The second message is ‘Prophecy Surrounding the Rapture’) go to www.proclaimingthegospel.org or call 817-379-5300.  Along with the DVD you’ll receive a free publication: Rome vs. the Bible.