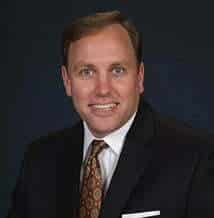 Dr. Neal Jackson is the pastor of the Beulah Baptist Church in Bennett, North Carolina.  He’s a third generation pastor. His ministry is characterized as verse-by-verse exposition.  He’s the speaker on the ‘Truth for Today’ television broadcast and is author of, ‘The Coming Destruction of America: A Biblical Examination of the Judgments of God Upon a Land.’

How observant are you of the times we are living in?  Then again, does it matter? Does Dr. Jackson believe that Christians will never see hard times and therefore are just looking for some imaginary escape mechanism such as the often criticized ‘rapture’?

Dr. Jackson believes that throughout church history it’s been a definite thing that all those who live godly shall suffer persecution.  So he feels that whether the rapture happens today or in another 100 years, we will see great persecution.

He also pointed out that the Bible communicates that we are to be looking and watching for the signs of Christ’s coming and that’s what he’s been doing.  As such, he’s been overwhelmed by what’s been taking place in the world and that these things might possibly be pointing to the return of Christ as being soon.

Dr. Jackson then went on to reference Mark 13 where the disciples asked Jesus when these things would happen and when He would come and establish His kingdom.  In other words, what would those signs be. In response, Jesus said that no one knows the day or the hour. Along with that He gave them numerous signs to be looking for.  So Dr. Jackson is not a date setter and he believes those who do set dates are, ‘…almost a false prophet.’