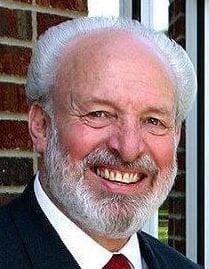 Dr. Jimmy DeYoung is a student of Bible prophecy and expert on the Middle East.  He leads a ministry, Prophecy Today, and has spent many years living in Israel as well as having led many trips there.  He’s a noted conference speaker and constantly monitors news regarding Israel and the Middle East and provides a unique blend of political, biblical, and prophetic insight that is absent from the media today.

This issue of Crosstalk began with discussion of the passing of Nechama Rivlin at the age of 73.  She was the wife of Israeli President, Reuven Rivlin.

The most significant responsibility of the president is to appoint the political leader of a party who will have the opportunity to try to form a coalition government after they have national elections.  Rivlin did just that recently when he appointed Prime Minister Benjamin Netanyahu, who had won the most votes. A coalition government failed to become established. Rivlin did not want to go to new elections but instead wanted to appoint someone else, but Netanyahu manipulated the political system to change that.

–The election procedure in Israel in light of the upcoming September election.

–Jared Kushner is in talks with the European Commission in Brussels and is expected to give a briefing concerning a U.S. peace plan.

–The Trump administration just presented the Israeli prime minister with a U.S. State Department map that reflects the U.S. recognition of Israel’s sovereignty over the Golan Heights.  Is there any significance to this?

–Tensions between the U.S. and Iran have been increasing, not just in words, but militarily as well.

–Syria’s firing of missiles into the Golan Heights.

–What is Jerusalem Day?