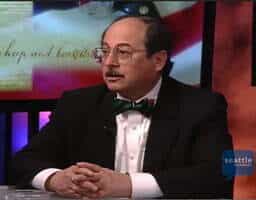 This past Friday, gunfire erupted in Virginia Beach shortly after 4pm as workers were preparing to leave for the weekend.  Eventually, 12 individuals, along with the gunman, were killed in what’s been called the nation’s deadliest mass shooting this year and the worst mass shooting in the history of Virginia Beach.

While not readily reported by most media, the shooting took place in a gun-free zone.  However, as expected, many began pontificating on the need for what’s termed, ‘common sense gun control.’

Joining Jim to examine this issue was Alan Gottlieb.  Alan is the founder of the Second Amendment Foundation, an organization that is dedicated to promoting a better understanding about our constitutional heritage to privately own and possess firearms.  He’s the author of numerous books including, ‘Dancing in Blood: Exposing the Gun Lobby to Destroy Your Rights,’ ‘Politically Correct Guns,’ ‘The Gun Rights Fact Book,’ and numerous others.

Jim began by noting an interesting statistic from the Crime Prevention Research Center.  They examined public mass shootings from 1950 to May of 2018. They found that 97.8% of shootings occurred in gun-free zones.

Alan clarified that this was a gun-free zone only in the sense that employees weren’t allowed to have a firearm.  Those who were allowed by state law to conceal-carry could be in the building. Unfortunately, most of the people were employees, not non-employees.

So is there a law that could have stopped this incident from occurring?  In this case Alan doesn’t believe there is. The Virginia governor has come out with a proposal that involves forms of gun control that Alan believes are really old, repackaged versions.  For example, he desires to ban assault weapons. The problem is, the shooter didn’t use an assault weapon. The governor has come out in favor of universal background checks. The killer went through multiple background checks including an enhanced check.  The governor has come out in favor of a one gun a month limitation on purchasing a firearm. The shooter bought the guns in 2016 and 2018, not exactly in the same month.

Alan believes that criminals by nature are going to break laws.  So why should we believe that passing one more law is going to solve this problem?

Alan admits he doesn’t have the answer, but the ‘gun grabbers’ are using this issue to further their gun rights agenda and to try and prohibit individual gun ownership because they don’t have any answers either.  Alan doesn’t see justice in this disarming of the public. Instead he views it as social bigotry by those who’d never tolerate a similar ‘broad-brush’ policy aimed at the rights of any other social, cultural, religious or ethnic group.

What do we know about the shooter, registered Democrat DeWayne Craddock?  When is the special legislative session called for by the governor set to convene?  Is what we’re looking at from some gun control advocates really gun confiscation and does that remove gun violence?  What is meant by ‘universal background checks’?

These questions and more are answered while Crosstalk listeners put forth their views as well.