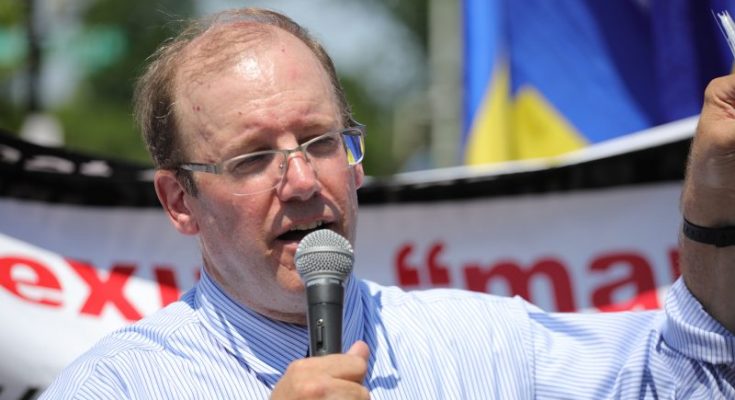 It was 50 years ago, June 28, 1969, when police raided the Stonewall Inn, an underground venue for homosexuals who fought back and rioted; perhaps the catalyst for the rampant advancement we are seeing today of the LGBTQIA+ movement and the accompanying political agenda.

Here to discuss ‘Stonewall: 50 Years Later’ and what we are witnessing today was Peter LaBarbera.  Peter is the founder and president of Americans for Truth, a non-partisan, educational group dedicated to exposing the homosexual-bisexual-transgender activist agendas.

Peter began by noting that while there was homosexual advocacy going on prior to Stonewall, he feels that what took place in June of 1969 was the beginning of the ‘in your face’ gay revolution that we’ve become used to.

According to Peter, Stonewall was a very seedy, mafia-run bar.  There were police payoffs that allowed it to operate in Greenwich Village, New York.  It was raided on that late June day with bricks being thrown at police.

Ironically, the homosexual community tries to use this incident to create equivalency with the Black civil rights movement.  Stonewall preceded and launched the ‘in your face’ activism that’s taken place over the years and which the media and corporate America has capitulated to.

Gay activism pressured and prodded to the point that eventually the American Psychological Association (APA) normalized homosexuality.  As Jim noted, in 1973, the APA removed homosexuality from the DSM-2 (The Diagnostic and Statistical Manual of Mental Disorders).

Jim continued with the historical gay timeline.  Below are just some of the dates and Peter described what took place:

–November 27th, 1978 in San Francisco.  Mayor George Moscone and Supervisor  Harvey Milk were shot and killed by a former supervisor.  Milk is now an icon for homosexuals.

–On October 14th of 1979, the first national march on Washington for lesbian and gay rights took place.

–June 5th, 1982, was the date of the first official documentation of AIDS.

–May of 2004—For the first time, same-sex marriage laws were passed in Massachusetts.

–June 28th, 2015, the Supreme Court issued their decision in the case of Obergefell v. Hodges, stating that so-called, same-sex marriage is a constitutional right.

There’s much more to learn including the latest on the Equality Act, controversy about pride flags possibly being flown on U.S. embassy flagpoles, as well as Wisconsin Governor Tony Evers and the order he issued to hoist the homosexual pride flag above the state capitol.

To let your voice be heard on the embassy pride flag issue, you can call the White House Comment Line at 202-456-1111.