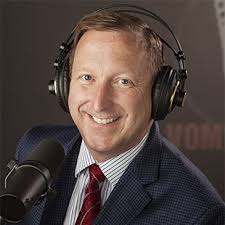 Todd began by describing the apostle Paul when he was Saul, one of the persecutors.  At one point Paul was on his way to Damascus to find Christians and bring them to what he would have described as ‘bringing them to justice.’  In other words, he was going to straighten out those confused individuals who were following Jesus Christ. As many readers know, it was on that road where Paul was confronted by Christ.

Todd remarked that this story is repeated again and again even today.  As Saul became Paul, he shared the gospel throughout the known world, made disciples and started churches.  Eventually he was arrested, appealed to Caesar, sent to Rome and later was beheaded, apparently just outside the city gates.  Although we don’t know for sure, it’s believed that incident occurred on June 29th.

It’s that day that Voice of the Martyrs wants to emphasize so that the church in America can be inspired by the example of those like Paul who’ve laid down their lives in service to Christ and His gospel.

Todd explained that as we think about the lives of such individuals, we should ask the question, ‘What would I be willing to give up/sacrifice to serve Christ?’

With that mindset, much ground was covered on this program including:

–The state of persecution in the world today.

–Happenings related to Christian persecution in China and North Korea.

–The level of awareness of persecution by those making up the church in the West.

–Those things distracting the church from being aware of persecution.

–The story of a South African family who left a comfortable life to move to Afghanistan after 9-11.

What is Voice of the Martyrs doing specifically to mark June 29th, the ‘Day of the Christian Martyr’?  Find out by reviewing this edition of Crosstalk and by checking out the resources at www.persecution.com/martyr

Voice of the Martyrs

Fostering a Culture of Death