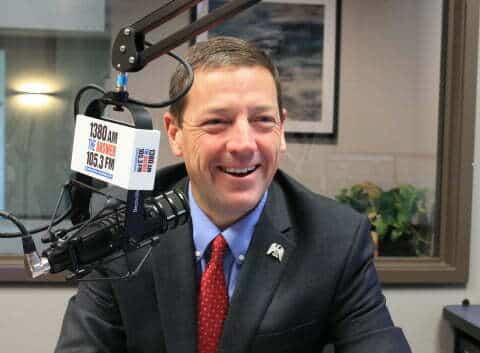 Ed Martin is the President of Phyllis Schlafly Eagles, as well as affiliated organizations Eagle Forum Education and Legal Defense Fund and America’s Future.  Ed was nominated by Phyllis Schlafly to succeed her as the President of the Eagle Forum organizations. Ed is a lawyer who holds advanced degrees in medical ethics and philosophy and was chief of staff to former Missouri Governor Matt Blunt.

What exactly is the electoral college?  According to Ed, the founders decided that in order to get the 13 colonies to compromise, they had to do some things that would bind them together in ways that allowed the colonies that were smaller to feel as though they were equal to the larger ones.

The result was the electoral college.  Voting would take place on a balance similar to that of our Senate and House.  Each state gets 2 votes with the rest of the votes being distributed by population.  It’s election based upon diffusion of influence.

He gave the example of the 1960 World Series.  The Pirates defeated the Yankees, 4 games to 3.  On the other hand, the Pirates were outscored in the series 55-27.  In spite of being outscored, we don’t say the Yankees won the series.  It’s this diffusion of influence, rather than a race for an ultimate number of votes through the courting of large population areas, that determines our presidential elections.

The reason this issue is making news again is because Colorado has become the 12th state to join an interstate compact.  Ed believes compacts such as this are an attempt to bind states together and agree to do something that will force others to go along.  For example, if the states that have the most interest in doing this (big population states) band together and decide that they will force their electors to vote the way of the popular vote in the nation, such a group of 11 or 12 states could try to swing the election against the rest of the country.  That’s unconstitutional.

Ed communicated that people should be outraged that the national popular vote is being proposed by legislators.  However, if that’s what people want, they should work to eliminate the electoral college by amending the U.S. Constitution.  It shouldn’t come about by some backhanded deal that will cause people to be angry at each other when, for example, their electoral college vote in Wisconsin goes to the other party because Los Angeles and New York ‘ran up the score.’

COVID Stories in the News 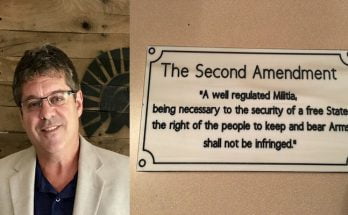 Cast thy burden upon the Lord, and he shall sustain thee: he shall never suffer the righteous to be moved.
Psalm 55:22