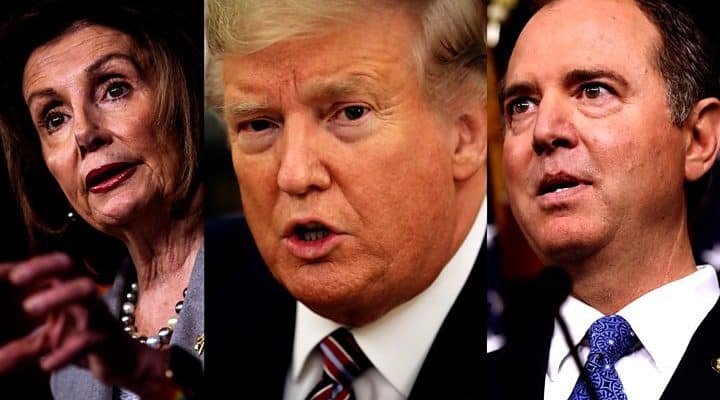 The players in the Senate impeachment trial of President Trump are coming together.  Supreme Court Justice John Roberts was sworn in last Thursday to preside over the proceedings.  Senators were also sworn in as jurors in the process.

House Speaker Nancy Pelosi indicated that she believes they have a strong case for the president’s impeachment.  This, in spite of the fact that she insists that more investigation, more witnesses and more information needs to be taken into consideration.

Helping listeners get to the truth, Robert Romano, Vice President of Public Policy with Americans for Limited Government, joined Jim to bring focus and clarity to this multi-faceted issue.

Nancy Pelosi felt the impeachment issue was urgent, couldn’t delay, or wait on the courts to decide certain matters.  On the other hand, she held on to the articles of impeachment for nearly a month. Robert believes they put the brakes on perhaps so that they didn’t have to follow through with this over the Christmas vacation.

Now that we’re into a new year, they’re ready to move ahead.  Robert also indicated that in regard to concessions, Pelosi may have been counting on Republican senators to possibly be weak and not necessarily want to stand with Majority Leader Mitch McConnell.  McConnell communicated that he has enough votes to proceed to trial even without the Democrats in the House submitting their articles, so this means he may have enough votes to proceed to a rapid dismissal or acquittal once they get past opening statements.

Pelosi said this was a solemn occasion and not something to celebrate.  Mitch McConnell called this a partisan performance with Pelosi handing out golden pens that came to her on silver platters.  Robert believes this shows it’s about appearances and political theater for House Democrats. Due to the likelihood of a speedy acquittal, the only reason to do this is to damage the president heading into the 2020 election and if it doesn’t have that effect, this becomes, as Robert described, ‘one of the greatest political blunders in history.

This program answered many question you may have had.  Here’s a small sample of those that Robert looked at:

–Did the House ever prove the charges levied against the president?

–What is the opinion from the Government Accountability Office and is it incriminating against the president?

–Does the impeachment have anything to do with alleged Russian interference in the 2016 election or not?

–Was President Trump acting inconsistently with the way previous administrations have acted on such issues?

–Is Hunter Biden really relevant to this issue?