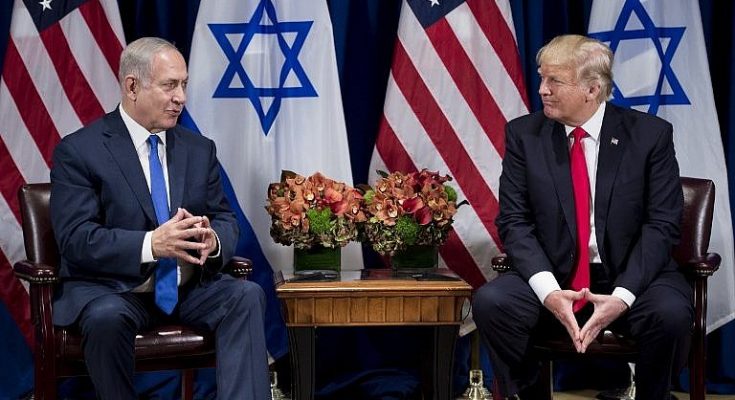 David Rubin is the former mayor of Shiloh, Israel, that’s in the region of Samaria, known to much of the world as the West Bank.  He’s founder and president of Shiloh Israel Children’s Fund, established to heal the trauma of terror victim children after he and his three year old son were seriously wounded in a terror attack.  He is known as a ‘trusted voice’ in Israel. He is author of multiple books including ‘The Islamic Tsunami,’ ‘Peace for Peace in the New Middle East’ and his latest title, ‘Trump and the Jews.’

This morning President Donald Trump unveiled what was being called ‘The Deal of the Century,’ the long-awaited peace plan for the Middle East. The plan calls for a two-state solution including the creation of a State of Palestine with its capital in portions of East Jerusalem.  The President said, ‘My vision presents a win-win situation for both sides.’

Israeli Prime Minister Benjamin Netanyahu called this day, ‘historic.’  Is this as historic for David as May 14, 1948? No, but David did admit there are some positive aspects of the deal, such as the proposal to grant Israel sovereignty over the Jewish communities in Judea and Samaria (the West Bank).  On the other hand, the deal gives the Palestinian Authority a path to sovereignty over a majority of Judea and Samaria. That’s assuming they accept the plan.

If they accept it, he believes it’s a ‘mortal danger’ to the Jewish communities in Judea and Samaria.  This is because such communities, ‘…would become Jewish enclaves surrounded by a hostile Palestinian state.’

Benchmarks are also part of the plan such as the rooting out of terrorism, stopping something called, ‘pay to slay,’ as well as demilitarizing the Palestinian state.

If those conditions are met, David believes that the cabinet in Israel will approve the plan, possibly with some reservations, and in the weeks to come the nation of Israel will declare their sovereignty over the Jewish communities in Judea and Samaria.

He also feels that the Palestinian Authority will reject the plan because up to now, most offers presented the P.A. with virtually 100% of Judea and Samaria, whereas this plan offers only 60-65% of that same area.

There’s much more that was revealed concerning this issue.  Hear it all, including input from listeners, when you review this edition of Crosstalk.