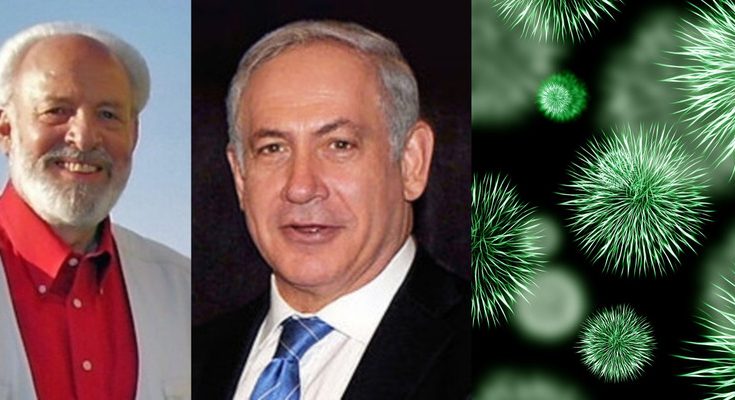 Dr. Jimmy DeYoung is a student of Bible prophecy and expert on the Middle East.  He leads a ministry, Prophecy Today, and has spent many years living in Israel as well as having led multiple trips there.  He’s a noted conference speaker and constantly monitors news regarding Israel and the Middle East. This allows him to provide a unique blend of political, biblical and prophetic insight that is absent from the media today.  He’s the host of the daily radio program, ‘Prophecy Today.’

Since Dr. DeYoung’s ministry is based out of Tennessee, Jim began with word concerning devastating weather in that state, particularly in the greater Nashville area.  At the time of this broadcast, the death toll stood at 22.

From there, Dr. DeYoung explained how the election process works in Israel and why citizens went to the polls yesterday for the third time in less than a year to elect a prime minister.

Next on the discussion docket was the Trump peace plan.  Interestingly, Dr. DeYoung communicated that the Palestinians have rejected the plan without even reading what it says.  It gives sovereignty over Jerusalem to the Israelis. It leaves out the nation of Jordan as the one to have custodial responsibility (taking control) of the Temple Mount.  It also calls for prayer rights for all of the faiths. All three of these basically give control of the Temple Mount to the Jewish people.

The coronavirus is hitting Iran hard.  They’ve had 2,336 cases with 77 dead. Their election had a low 23% turnout and now with the death of Iranian General Qassem Soleimani, Dr. DeYoung indicated this is an opportunity for the military to take over leadership of the nation.

Russia is moving warships to the Syrian coast.  Dr. DeYoung explained that the players involved include the U.S. military that left a ‘vacuum’ by leaving the Syrian/Turkish border, the Turkish leader, the Kurds and the Russians.

The final point of discussion included Dr. DeYoung’s comments concerning Senator Bernie Sanders.  Sanders describes himself as a proud Jew. At the same time he’s embraced Ilhan Omar, a woman who was named 2019’s biggest anti-Semite by stopantisemitism.org, she’s accused Israel of having hypnotized the world and she supports the BDS campaign against Israel.

Listeners also presented their views during the second half of the program.