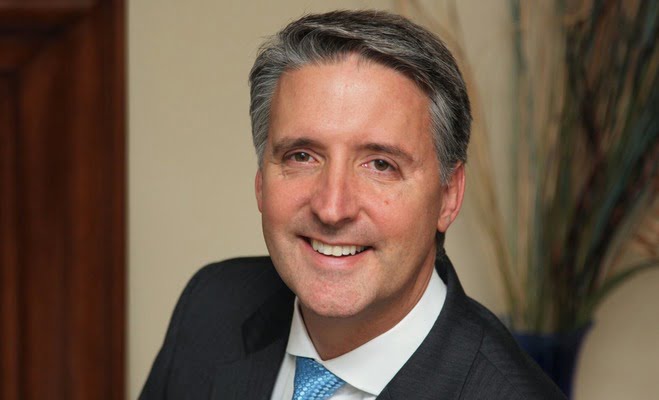 Brad Dacus is the president and founder of the Pacific Justice Institute.  Their mission is to defend without charge the religious freedoms, parental rights, and other civil liberties of people who cannot defend themselves.  Brad was a legislative assistant to U.S. Senator Phil Gramm and went on to receive his Juris Doctor from the University of Texas School of Law.

We have those in our culture who are obsessed with advancing the LGBTQ+ agenda and children are often the target.  In recent days we learned that Disney’s Animated Movie, ‘Onward’ will feature the first explicitly open LGBTQ character, a purple lesbian cyclops.  Marvel is releasing ‘The Eternals’ featuring the first openly gay superhero and also the franchise’s first gay kiss. PBS is relaunching ‘Clifford the Big Red Dog’ introducing a girl with two lesbian moms.  Drag queen story hours are being held in libraries and other venues all over the country. Now just days ago we learned from the Pacific Justice Institute’s Center for Public Policy that legislation is proposed in California that threatens to fine retailers for separating boys’ and girls’ clothing, toys and other childcare products.

According to Brad, the California legislature has drafted Assembly Bill 2826.  Drafted by Assemblyman Evan Low, this bill will mandate privately owned stores with 500 or more employees to not have a separate section for boys and girls for things like clothing and toys.

The effort in these cases is to make gender neutrality/confusion commonplace in society.  Brad believes that the ‘religious zeal’ of the LGBT community ‘…is overtaking rational thought and understanding of behavioral psychology and child psychology.’

He went on to note that it is healthy for a youngster to have a clear and defined gender identity.  Gender Identity Dysphoria is a mental condition that can and does resolve itself if the government leaves things alone.

The average transgender person never makes it to their 30th birthday because of depression and suicide.  The suicide isn’t due to people not accepting them.  It’s just as high in San Francisco as it is in the South.  Brad compared it to giving young people a cancerous tumor knowing that it will likely kill them before their 30th birthday.

–The California Teachers Union wants kids to have the ability to pursue gender transitioning without parental consent.

–The ‘winning the youth’ strategy behind these efforts.

–An Illinois task force is saying that school districts need to eliminate or refrain from any school tradition or gender-based activity that isn’t gender-neutral.

–A  Spokane, Washington, is pastor being told where he can and can’t be due to his viewpoint.

There’s much more to take away from this program, and callers lend their thoughts as well.

A Nation at Risk

Wherewithal shall a young man cleanse his way? by taking heed thereto according to thy word.
Psalm 119:9