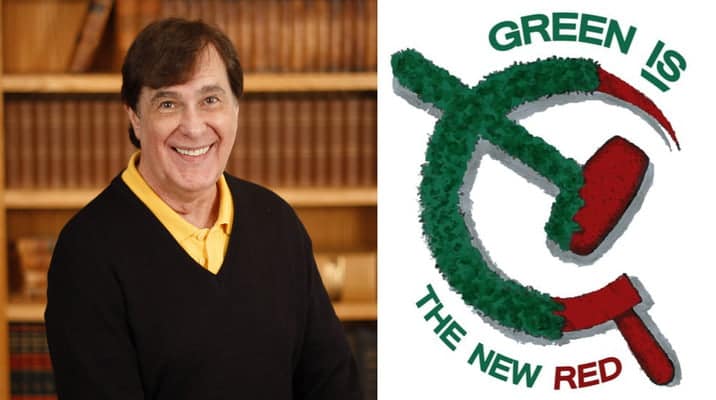 It was March 26, 2019, when Senator Mitch McConnell brought forth a vote in the U.S. Senate on the Green New Deal.  It went down in flames 57-0 with all Republicans and four Democrats blocking the resolution. 43 Democrats, including those who introduced the measure, voted ‘present.’  Many thought the so- called ‘Green New Deal’ was dead, over, never to be resurrected. The guest on this edition of Crosstalk pointed out that nothing could be further from the truth as local communities around the country are making efforts to implement the Green New Deal city by city.

Joining Jim with the latest details on this issue was Tom DeWeese.  Tom is the president of American Policy Center. He’s one of the nation’s leading advocates of individual liberty, free enterprise, private property rights, personal privacy, back-to-basics education and American sovereignty and independence and protecting our constitutionally-guaranteed rights.  He’s a former newspaper editor and author of ‘Sustainable: The War on Free Enterprise, Private Property and Individuals’ and ‘Erase’ a political novel.

Tom began by defining the ‘Green New Deal.’  He described it as ‘…complete, top-down control of every aspect of our lives.’  This includes getting rid of gasoline powered cars, transforming everything to wind and solar, ownership of private property is considered racist, the tearing down or retrofitting of every building in the nation to meet specific environmental standards, stopping the consumption of beef products and a universal pay wage for everyone.  In other words, absolute control over our energy use and more.

Tom believes that Republicans in Congress are lacking in their understanding of what the true agenda is behind this ‘Green New Deal.’  He noted that when Alexandria Occasio Cortez and others first brought this deal up, Republicans laughed. As already noted, Mitch McConnell put it to a vote and it was easily defeated.

End of the story, right?  Tom saw it as a trap and said that the Republicans were caught, ‘flat-footed’ because some came forward and felt that they should be more reasonable.  So they came up with versions of their own ‘deal.’ In other words, some of the basics of this entire crazy idea were actually beginning to be accepted as mainstream.

Non-government organizations (NGO’s) have been hard at work in this regard.  Names include the Nature Conservancy, the Sierra Club, World Wildlife Fund, the National Education Association and even Planned Parenthood.  All of these are organizations, using the structure of the United Nations, to put the policies forth and promote them.

Review this broadcast and you’ll discover how your local politicians fit into this scenario, the funding source, the views of listeners and so much more.