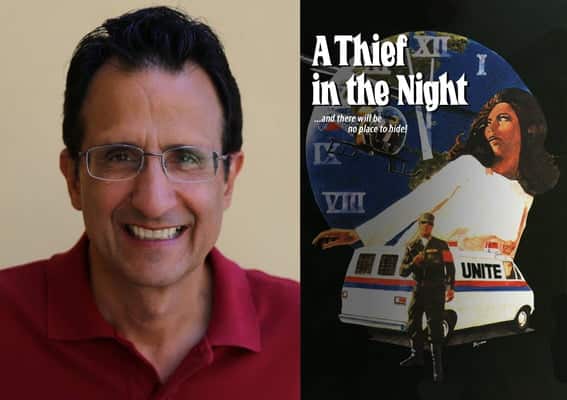 We are living in very amazing times.  Jim gave the example of a lifesitenews.com story dated March 26th that reported that former British Prime Minister Gordon Brown said that a one-world government is needed to cope with the medical and financial crisis caused by Covid-19.

Jim then aired an audio clip from the classic, early ’70’s Bible prophecy movie, ‘A Thief in the Night’ that speaks of this very thing…world government.

Rich described his relationship to the late Russel Doughten, the executive producer of ‘A Thief in the Night.’  He presented some background on the movie, its position in a four-part prophecy series that’s available for purchase and much more.

Through various audio clips played by Jim, listeners get a chance to ponder something Rich brought to the attention of listeners as he believes what’s taking place today is a ‘slight taste’ of what the tribulation could be like.

Are we living through a ‘dress rehearsal’ of things to come?  You decide when you review this Crosstalk broadcast.

Special offer for a limited time: