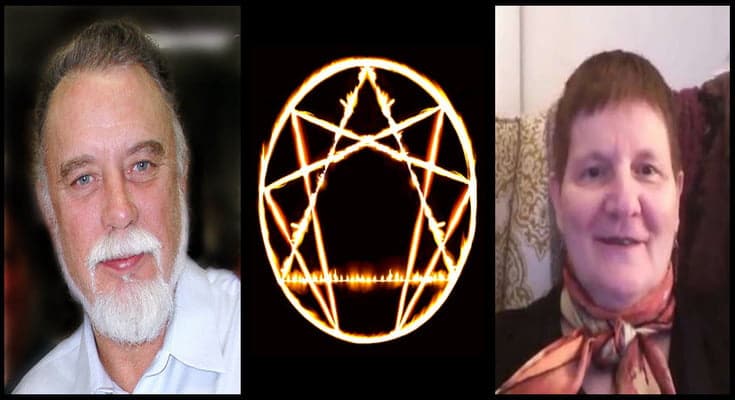 Have you ever wondered how church leaders, even those who seemed so solid in their own teaching, can become so blind to error that they could permit a widespread invasion of false teachings into the church?  When leaders are drawn to such teachings, it’s no surprise that many individual Christians fail too see how these occult and New Age teachings are far removed from the faith once for all delivered to the saints.

Joining Jim to discuss one such invasion was Don Veinot.  Don is the co-founder and president of Midwest Christian Outreach, a national apologetics ministry and mission to new religious movements.  He’s been involved in apologetics ministry for over 3 decades and is a charter member of the International Society of Christian Apologetics. He is also a staff researcher and writer for the Midwest Outreach Journal.

Joining Don was Marcia Montenegro.  Before becoming a Christian, Marcia was involved for many years in Eastern spiritual beliefs (Hindu and Buddhist), New Age, and occult practices.  She was a certified, professional astrologer who taught Astrology for several years. She served as chairperson of the Astrology Board of Examiners and President of the Astrological Society in Atlanta.  She came to Christ and now is engaged with her full-time ministry, Christian Answers for the New Age. She’s the author of ‘Spellbound: The Paranormal Seduction of Today’s Kids.’

Don is releasing a book called, ‘Richard Rohr and the Enneagram Secret.’ Don kicked off the discussion by defining the term, ‘enneagram.’  This is a geometric design. Basically it’s a circle with three shapes inside of it that touch the outer circle at 9 different points. This nine pointed symbol originated with an early 20th century Russian mystic.

While Marcia noted that the enneagram symbol is a neutral geometric design and that there is no inherent evil in the design, some people are reading various paths to God into it and it’s this concept that’s infiltrating segments of the evangelical church.

On this edition of Crosstalk, Don and Marcia detail the remaining history/evolution of this symbol, it’s connection to the Jesuits, how it came to the attention of Richard Rohr and went on to become embraced by elements of the evangelical publishing world.

This topic is very extensive as Don and Marcia answer the following:

–Who are the enneagram masters?

–What is meant by false self/true self?

–How is this enneagram concept being targeted toward young believers?

–What are the most subtle and dangerous aspects of this teaching?

Listen for these and other details and share this warning with your family, friends and loved ones.

For more information concerning the book, ‘Richard Rohr and the Enneagram Secret’ go to: