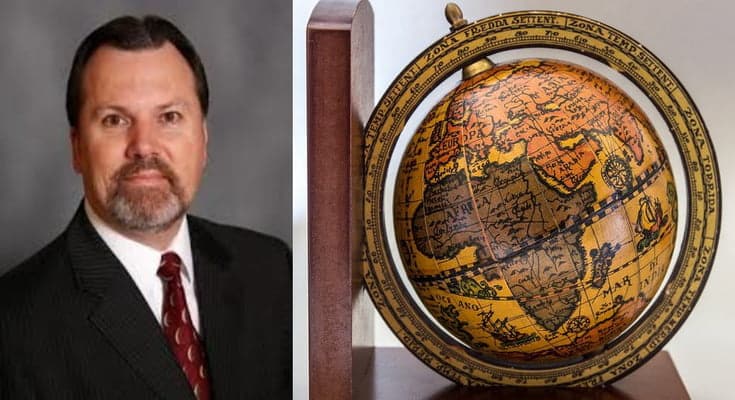 Last week, with Gary Kah as our guest (and the topic “COVID-19: A Global Conditioning”) we talked about the media fanning the flames of hysteria.  We spoke of New York Governor Andrew Cuomo who said, “Crisis forces change.”  We spoke of the efforts to de-stabilize our nation which would impact this November’s general election.  We spoke some on the World Health Organization, Event 201, Bill & Melinda Gates, and also, Gary informed us about the UN Secretary General working with the Pope to advance a globalist agenda.  We also spoke on the push toward a cashless society and the central banks of many countries preparing for a switchover.  We even touched on ID2020, digital ID and vaccinations; and the “Quantum dot” tattoo. If you missed CROSSTALK on April 15th, it is foundational to our program today. Gary Kah is back to discuss “Globalism Lying at the Door.”  Globalism defined “the operation or planning of economic and foreign policy on a global basis.”

Last weekend, multiple television outlets aired “One World:  Together at Home.”  Donations were raised to support the World Health Organization’s work around the world, also the vaccine development alliance Coalition for Epidemic Preparedness Innovations (CEPI) and also UNICEF. This Together At Home effort would also aid over 100 additional local and regional charities. They indicate some $127 million was pledged.  This was the World Health Organization at work.  Most notable, one could not miss the superimposed words on the screen throughout the event called “Global Citizen.”

Gary will unpack what a “global citizen” is. He will discuss President Trump’s withdrawal of funding from the World Health Organization. He’ll discuss coming national surveillance systems and offer the warning (if we don’t) “wake up very quickly and start resisting this at different levels, we’re going to lose a lot of our freedoms very quickly.” Is China involved? Is there a connection between Dr. Fauci and George Soros? Gary even says “we’re not that far away from where every person is going to have to take a mark to be able to buy and sell or do anything.” Listen to (and share) this CROSSTALK!