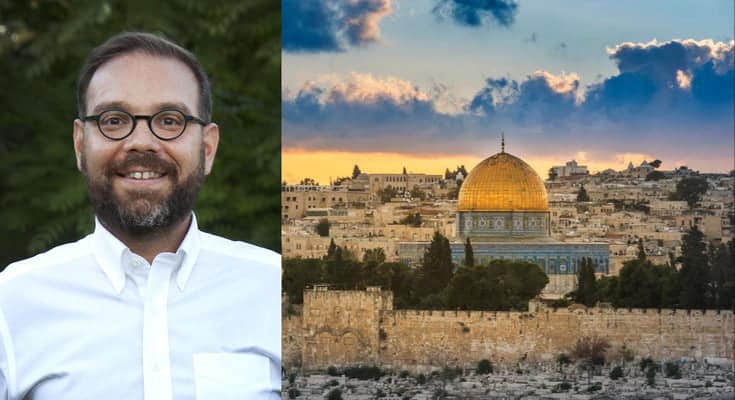 Jim opened up the discussion with news that the Iranian regime has been blaming the U.S. and its allies (particularly Israel) for their coronavirus problems.  Abdul Malek, the leader of the Iranian-backed Houthi militias in Yemen, believes the Zionist lobby spread this pandemic and created a vaccine for treatment in exchange for profit.

Chris noted that this is just the same anti-Israel rhetoric that’s been coming from Iran for many decades.  What’s interesting is that the Iranians also communicated that if the Israeli’s come up with a cure for COVID-19, they granted permission for citizens to go ahead and take it.

It was also mentioned that there’s an Imam from Chicago who has claimed the pandemic is a Zionist/American plot.

For Chris, all of this is rhetoric that he described as, ‘…kind of built-in to their radical Islamic groups to blame Jewish people for the plights of the world.’

Jim then pointed out that Israeli hospitals and medical teams are providing care and treatment, even for people in the Palestinian Authority.  Chris added that at the border between Syria and Israel, medical tents were supplying help for desperate Syrians.

Chris explained that some Middle Easterners are raised to hate Israel, yet as more of them go to Israel for higher education, they find out that Jewish people don’t hate them as they were taught; that in fact, they feel loved and accepted by them.

As this program progressed, Jim and Chris discussed more including:

–A New York Times story saying that the coronavirus has brought a spike in anti-Semitic sentiments.

–A Brooklyn rabbi is urging American Jews to leave for Israel before civil war breaks out.

–Independence Day for Israel after 72 years.

–The latest on the coalition government in Israel.

Thou art my hiding place; thou shalt preserve me from trouble; thou shalt compass me about with songs of deliverance. Selah
Psalm 32:7