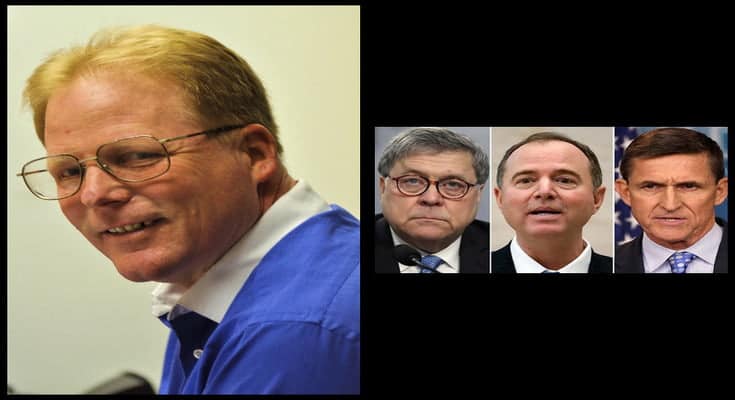 The U.S. Justice Department has dismissed all charges against former National Security Adviser Michael Flynn since some documents were declassified. It’s been learned that a string of Obama administration officials requested the unmasking of General Flynn with some very notable names.

Joining Crosstalk with more on this and related matters was Rick Manning,  President of Americans for Limited Government.

In the middle of 2016, Donald Trump was going to be the presidential nominee.  The various intelligence agencies focused their energies on candidate Trump and his campaign.  Rick believes they did this because Hillary Clinton was very vulnerable on the issue of Uranium One which involved the sale of uranium reserves to Russia.

Obama officials, toward the end of his presidency, were conducting what Rick described as the ‘unmasking’  of Trump officials who were in the transition process, including those within the national security staff.  One of those security officials was Michael Flynn.

What is ‘unmaking?’  Through surveillance, intelligence agencies pick up conversations between people abroad and American citizens.  Unmasking involves looking to see who’s actually having those conversations and according to Rick, it appears that Vice President Joe Biden unmasked General Flynn in some conversations Flynn had been involved in.

Keep in mind that Flynn was named as the National Security Adviser for President Trump.  This means that in the transition, it was his job to have foreign conversations.

The Obama administration wanted to stop Flynn from having his position because he knew, as Rick put it, ‘…where the bodies were buried in the Obama administration.’  The protection of those intelligence assets and officials who were illegally unmasking and spying on Trump campaign officials is what this 3-1/2 year fight is all about.

This is just the beginning of what you can hear on this information-packed edition of Crosstalk.

Are You Going to a Better Place?