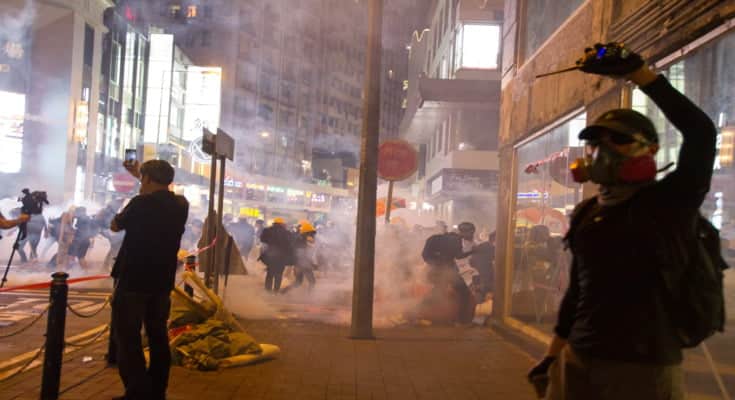 Minneapolis, Minnesota, has been the epicenter of protests over the death of George Floyd who died last Monday evening after a police officer dug his knee into Floyd’s neck as he lay cuffed and face-down on the pavement.  Eventually emergency medical technicians arrived and as Floyd was put on a gurney, his body was limp.

The aftermath included peaceful protests that turned into uncontrolled rioting and looting, not just in Minneapolis, but in major cities across the U.S.

Joining our host to talk about this issue was Jim Kouri.  Jim is the editor of Conservative Base.  He’s the founder and CEO of Kouri Associates, a homeland security, public safety and political consulting firm.  He’s formerly fifth vice-president, now a board member of the National Association of Chiefs of Police.

According to Jim, it was a video that ignited the protests.  What it shows is a sworn officer of the law using what Jim considered to be deadly force in a situation where such force shouldn’t be used.  Specifically, the officer applied pressure to the side of Floyd’s neck and it appears that the officer’s knee is on the carotid artery.

Jim brought Crosstalk listeners information on this case you may not hear elsewhere.  For example, he alleges that these two men knew each other prior to the confrontation as at one time they both worked as security guards at the same nightclub in Minneapolis.

How might this relationship have been a factor in the death of George Floyd?  Review this edition of Crosstalk to find the answer and in addition, you’ll also get the spiritual perspective on the matter from Dr. Tony Evans, senior pastor of Oak Cliff Bible Fellowship in Dallas, Texas.

Ask for a free subscription to Jim’s newsletter by writing to copmagazine@aol.com.

Are You Going to a Better Place?