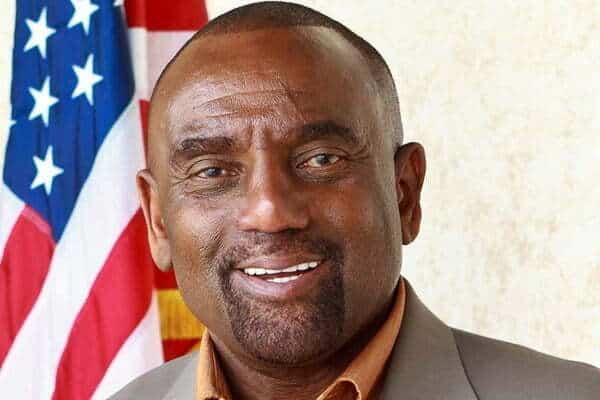 Jesse Lee Peterson is the founder of BOND, the Brotherhood Organization of a New Destiny, a ministry that’s dedicated to ‘Rebuilding the Family by Rebuilding the Man.’  He’s a pastor, counselor, author and radio and TV talk show host.  Jesse Lee grew up on a plantation near Tuskegee, Alabama, during the Jim Crow era.  He moved to Los Angeles at 18.  After discovering forgiveness, he founded BOND in 1990 to help other black men overcome anger, but soon found all people needed the truth.  His books include: ‘From Rage to Responsibility,’ ‘SCAM: How the Black Leadership Exploits Black America,’ ‘The Seven Guaranteed Steps to Spiritual, Family and Financial Success’ and ‘The Antidote: Healing America from the Poison of Hate, Blame and Victimhood.’

Jesse explained how he’s stunned that people are being allowed to get away with destroying America and our history in the way it’s happening.  Then there’s the police officers, National Guard members and Christians taking responsibility for something they aren’t guilty of.

He believes white people have nothing to do with the destruction of black people.  The real problem is that during the civil rights movement, many blacks shifted from the Republican to Democrat Party with the promise that they would receive welfare and other free things due to discrimination.  At that point, individuals like Jesse Jackson became the leaders of the people.

Jesse, like his parents, grandparents and great grandparents, worked on a plantation.  While doing that they had family, the order of God, God in Christ, Christ in man, man over woman and women over children.  He communicated that this works when you do it in the right way.  So he wasn’t taught to hate or blame white people but instead to work, be responsible and treat all people the way he wanted to be treated.

In contrast, under the so-called civil rights movement, the father was taken out of the family and government became the ‘daddy.’

Today we have the Black Lives Matter movement.  Jesse described it as a,’…far-left, liberal, radical organization…’  They hate the order of the family, they hate God, America and white people.  He sees their agenda involving the destruction of white people by taking what belongs to them, accusing them of being racist, keeping the family apart and turning America into a socialist society.  In other words, he sees a connection between Black Lives Matter and Marxism/communism.

Does the destruction we’re seeing really have to do with the death of George Floyd or is there another agenda here?  Is Jesse’s message only about problems or does he offer solutions?  Find out, when you review this vital edition of Crosstalk.