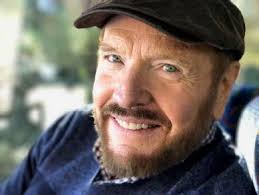 Dr. Marshall Foster is the founder and president of the World History Institute, a non-profit educational foundation dedicated to teaching the lessons of history which have brought freedom and prosperity to individuals and nations worldwide.  Dr. Foster is a bestselling author and speaker.

Dr. Foster began by going back through his past to the early 70’s which were years of protests.  He cited provocateurs who were interested in taking over areas such as media, the arts and education in particular.  The idea was that if you can take over education, you can rewrite history.

Unfortunately what doesn’t seem to get discussed publicly today is the idea that most of America’s founders believed in the concept of the sin nature of man.  They also knew that not since the ancient Hebrews built their republic that lasted 380 years, had there been a nation that built a republic.  So the founders knew that in order for the American republic to endure, the people had to keep a strong spiritual foundation.

Much of this discussion has to do with concepts contained within the book, ‘Land That I Love’ by Bobbi Ames.  With that book as a backdrop, Jim had Dr. Foster answer the following questions:

–How does Dr. Foster define a true American?

–What are we to make of Christopher Columbus?

–Are we in danger of becoming like the government we sought freedom from?

–Can America’s Christian heritage be defended?

–What was the character and influence of George Washington?

–What is the significance of the American flag?

–Is it too late for America to reverse its course?

These questions and more, along with calls from Crosstalk listeners, highlight this overview that looks at America’s past, how we got to where we are today, and what we can do for the future of our nation.

For a copy of ‘Land That I Love’ by Bobbi Ames – www.nordskogpublishing.com