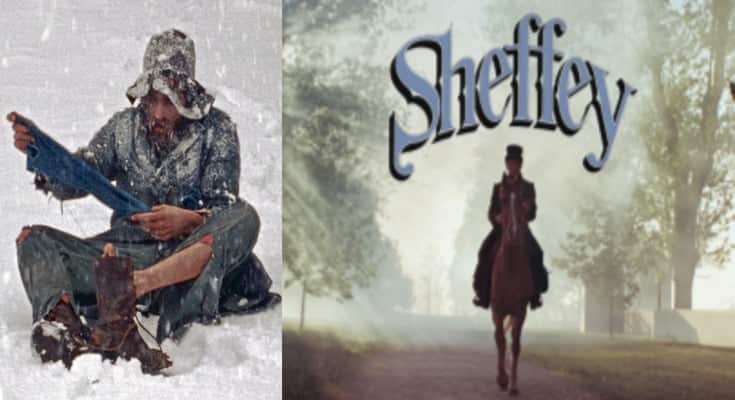 Robert Sheffey was a man greatly used of God to draw many to Himself.  Many of you may remember the film that came out some 4 decades ago entitled, ‘Sheffey’ produced by Bob Jones University’s Unusual Films that told his life story.  This award-winning motion picture has been fully restored and is being re-released in HD commemorating the 200th birthday (on July 4th) of Robert Sheffey.

Who was this man?  What was his motivation in life that warrants celebrating it with a movie?  How does his life impact people today?

Answering these and other questions was Dave Eoute (Yute).  Dave is Associate Producer of Media Productions and one of the actors in the film who played the role of the man-in-the-snow without socks.

Sheffey was an unusual circuit riding preacher in the late 1800’s who would often introduce himself as a servant of the Lord.  Such riders were important at the time because the nation had become so vast and you couldn’t place a preacher in every church.  These circuit riders would ride around to various churches.  In the case of Sheffey, his territory involved 14 different counties in Virginia and West Virginia.

Sheffey’s mother passed away when he was 2 years old and he was raised by his aunt Elizabeth.  He was raised in a wealthy environment but he wasn’t satisfied with that and was involved with the wrong crowd.  Eventually he went to a revival meeting with the idea that he’d disrupt it.  However, the Word of God was being preached and it took hold of his heart.  This transformed his life and for the first time he had a purpose for living.

To mark this 200th anniversary milestone, Unusual Films is releasing a special restored, high definition edition of this powerful film.  The normal retail is $19.95.  However during July, VCY is making available a combination pack: A Blu-ray HD version, a DVD disc, and a digital download code.  Also included are public showing rights enabling churches that own a copy to show it publicly.  Extra features also included.  The film is 137 minutes.