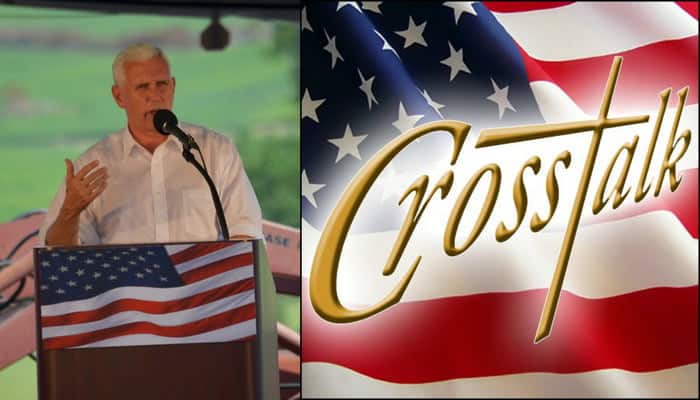 This ‘Round-Up’ broadcast began with Greg Clugston of SRN News interviewing Vice President Mike Pence about the sanctity of life, religious liberty, the coronavirus and the key to winning his upcoming debate.

Here’s a sample of other news stories that Jim covered:

–President Trump signed the Abraham Accords this week, obtaining a peace agreement between Israel, Bahrain and the UAE.  Former Secretary of State John Kerry adamantly stated in 2016 this type of thing could not happen; that the Palestinians would have to be involved.

–A top virologist and whistle-blower alleges the Chinese government intentionally manufactured and released the COVID-19 virus that led to mass shutdowns and deaths across the world.

–Joe Biden suggested Thursday night that President Trump had nothing about the emerging coronavirus outbreak during his State of the Union address early this year.  Audio of the president proves just the opposite.

–Joe Biden is catching heat for stating that all coronavirus deaths in the U.S. could have been prevented if President Trump had done his job.

–At a campaign stop in Michigan, Joe Biden said there had been 6,114 military COVID deaths and 118,984 service members infected with the virus.  The true number of military deaths due to COVID-19 was 7 as of Wednesday according to the Department of Defense.

–On Monday Joe Biden admitted that his own proposed national mask mandate is  unconstitutional.

–The federal government outlined a sweeping plan Wednesday to make vaccines for COVID-19 available for free to all Americans once a safe and effective shot is established and widely accepted.

–The top communications official at the Department of Health and Human Services on Sunday accused a unit of career scientists at the Centers for Disease Control  and Prevention of plotting against President Trump.

–A political theorist contends that Democrat operatives, including some involved in the impeachment proceedings, are adopting the tactics that U.S. intelligence agencies used to start color revolutions in nations such as Ukraine in order to oust President Trump.