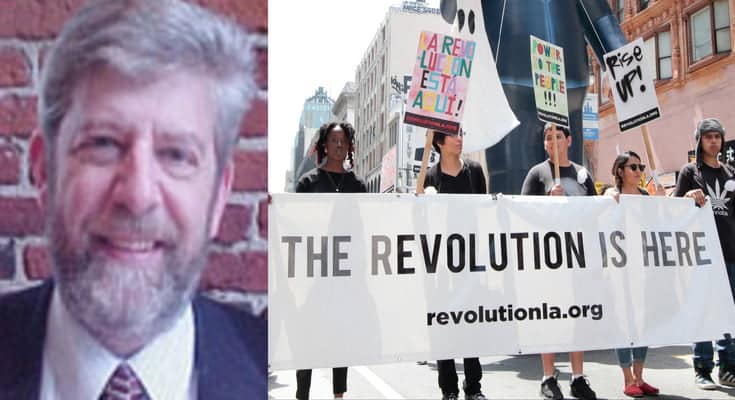 We have seen many things unfold in 2020 that many never dreamed possible in our nation.  Consider the dictatorial powers launched by many governors and mayors across the nation.  There’s been the shuttering of churches, the closing of businesses, the declaration of what businesses can survive and which ones are doomed to fold.  In addition, look at the uprisings taking place in cities across the nation.  While destruction, burnings, lootings, murders and physical assaults have significantly escalated this year, many in the major media continue to refer to them as peaceful protests.  Meanwhile the tensions between people are heightening.  People have been assaulted for an article of clothing they are wearing or a flag they are waving.  Attacks against patriotism are escalating.  The professional sports world has joined in the attack having caved to a political agenda that glorifies anarchy.  There’s a war on police with many calling for their defunding and to re-imaging policing.

Where is all this headed?  Joining Jim to answer that question was Don Feder.  Don is a writer, researcher and columnist.  He was a Boston Herald editorial writer and syndicated columnist for 19 years.  More than 40 newspapers and e-magazines picked up his columns.  His writings have appeared in The Washington Times, The Weekly Standard, Front Page Magazine, Human Events and many others. Since 2002 he has served as a communications consultant, writer and conference organizer for various pro-life and pro-family NGO’s.  He helped organize the World Congress of Families from 2006-2018.  He’s currently the Coalitions Director and Director of Communications for the Ruth Institute and is the recipient of numerous awards.

Jim began by noting Don reported on a recent poll indicating that 61% of Americans  believe we’re on the verge of civil war.  He believes instead that a revolution is afoot.

So what’s the difference?  Don noted that in a civil war there are two sides fighting.  In a revolution there’s basically one side trying to usurp the government.  So what he believes is taking place right now is a power-grab as opposed to two sides contesting for power.

What were the ‘seeds’ that took root to get us where we are today?  Don pointed to the French Revolution, the Bolshevik Revolution, Antonio Gramsci (the father of cultural Marxism) and on to the communist revolutions on the 20th and 21st centuries.

Discussion moved to how the Nazis came to power with Don noting how you had a situation that is similar to what we see today.  You had riots and anarchy with people being beaten and killed for having the wrong point of view.  Soon Hitler came along who was viewed by many as a savior in spite of the fact his nationalist/socialist party didn’t get a majority in the 1932 election.  Germany gave Hitler a chance to relieve the nation of the anarchy with history recording what he did.

Don then mentioned Antifa, a group that is supposed to be anti-fascist.  He believes, ‘…they’re the most fascist political movement we have ever seen in this country.’

From there this broadcast looks at additional historical parallels to today where there’s more than just violence, but legitimizing violence.  There’s discussion about George Soros, law enforcement, the Second Amendment and much more.

If you believe, as Don has written about, that the elements of revolution are all in place, including an election from which there could be no turning back, then you’ll want to review this edition of Crosstalk.