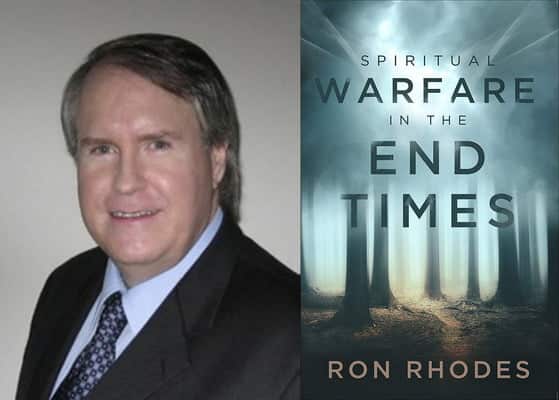 When you think about the end times you no doubt think of the time of Christ’s return, the tribulation, the anti-Christ, or perhaps the Battle of Armageddon.  However, have you prepared for the spiritual warfare that’s already present in this world and that is escalating?  Paul warned Timothy that in the last days perilous times would come.  Are you alert to Satan’s devices?  Are you aware of Satan’s most destructive and powerful tools?  The guest on this edition of Crosstalk communicated that now more than ever it’s essential to equip yourself with God’s truth so you can stand against the encroaching darkness.

Joining Jim for discussion on this important issue was Dr. Ron Rhodes.  Ron is president of Reasoning from the Scriptures Ministries.  He’s a researcher, author and apologist, having written over 60 books including:  End Times Super Trends, 40 Days Through Daniel, 40 Days Through Revelation, 90 Days Through the New Testament, Unmasking the Antichrist, Israel on High Alert and many others.  His appearance on Crosstalk was in support of his latest book, Spiritual Warfare in the End Times.

When Ron uses the term, ‘spiritual warfare,’ he’s referring to an invisible war with an invisible enemy.  This enemy is spiritual and his name is ‘Satan.’  He has a battalion of demonic forces working worldwide to bring Christians down.

Ron noted that, ‘…at the first coming of Christ there was a great escalation in spiritual warfare and demonic affliction.’  This took the form of bodily illnesses, mental afflictions, distorted gospels, heresies and numerous kinds of temptations against believers including lying, sexual sin, division among Christians and persecution against believers.  Ron believes that we’ll see the same environment around the time of Christ’s second coming.

What does Ron mean by ‘end times’?  He’s referring to the years leading up to the tribulation period, the tribulation period itself (the 7 year period when the anti-Christ will rule), the second coming of Christ, Christ’s judging of nations including Israel and when those found to be believers enter into the millennial kingdom.  After that is the eternal state.

With this foundation set, Ron commented on the following:

–Is Satan a synonym for evil, a force, a cartoon character or a real, personal being?

–What is the origin of Satan and how did evil originate?

–Are there ranks of fallen angels?

–What is Satan’s goal?

–What does Ron mean that Satan is the ‘ape’ of God?

This is just an overview of the first quarter-hour.  There’s much more to take in, including questions from listeners.