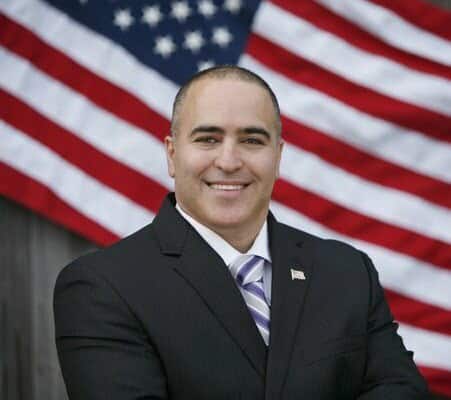 Should a Biden-Harris administration come into being, many are lining up to seek their favor.  For example, there’s the Secular Democrats of America whose goals would assault your religious liberty.  Then there’s the Human Rights Campaign with their push for LGBTQ indoctrination, acceptance and promotion.

In addition to these two groups, a third organization, the Council on American/Islamic Relations (CAIR), has put forth a 38 page document called, Restoring the Rights of American Muslims and Advancing Justice for All Americans.

Joining Jim to discuss this document was Shahram Hadian.  Shahram is a former Muslim from Iran who came to the states in 1978 and committed his life to Jesus Christ.  Shahram started the TIL Project, the Truth in Love Project which exposes the true goal of Islam and the threat of Sharia in America.  He has served as a pastor, a police officer, and a former candidate for Governor in Washington State.

Who is the Council on American/Islamic Relations?  CAIR is a front group that was birthed by the Muslim Brotherhood.  The Muslim Brotherhood was deemed a terrorist organization in Egypt, the United Kingdom and the United Arab Emirates.  In 2007 at the Holy Land Foundation trial in Texas, the largest terror financing trial in American history, they were named as an unindicted co-conspirator.

Shahram went on to note that they were able to infiltrate the national security apparatus of our government during the Obama administration thanks to Robert Mueller (FBI), Eric Holder (Justice Department) and the president himself.  Even though the Muslim Brotherhood is an unindicted co-conspirator, they continued to educate, train law enforcement, members of Congress and state legislatures.

Now our president-elect, Joe Biden, has said he wants Muslims at all levels of his administration.  It’s all part of the Red-Green axis that is working to sabotage America.  The Restoring the Rights of American Muslims document was described by Shahram as stunning in its detail and specificity, as well as how brazen it is in terms of what it’s demanding.

Learn more about CAIR and their proposed document and how it seeks to shape America when you review this edition of Crosstalk.