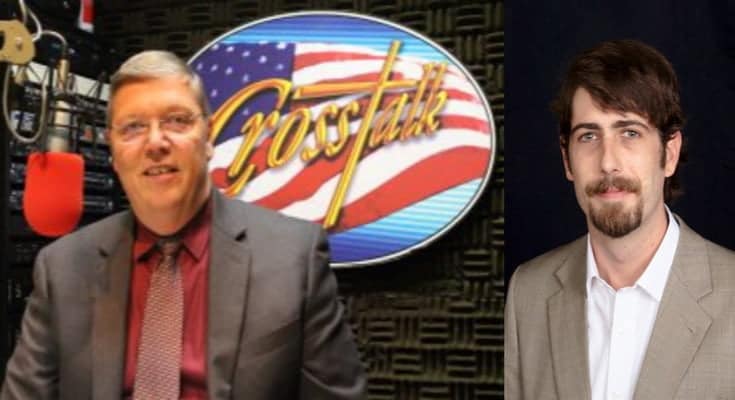 The inauguration is set to take place this Wednesday in Washington, D.C.  It’s said to be a ‘virtual’ inauguration yet there are some 25,000 National Guard troops on hand for security.  One TV station has reported that Virginia will be limiting access to the Capitol, closing some interstates and bridges.

On another front, there’s been mass censorship of conservative thought sweeping social and major media.

In the midst of all this, Joe Biden says he will unify the nation, yet his stated plans seem to contradict that idea.  On day one, as well as on the days to follow, he plans to target and reverse many items that were supported by tens of millions of Americans while introducing socialist policies to our republic.

Joining Jim to discuss these and other related matters was Alex Newman.  Alex is an international freelance journalist, author, researcher, educator and consultant.  He’s a foreign correspondent and regular contributor for The New American.

Alex began by noting that if you listen to President Trump’s speech from January 6th, you can clearly hear that he didn’t incite anyone to commit any sort of violence.  In fact, he specifically told the crowd to march peacefully to the Capitol to make their voices heard.

From this Alex believes what took place was planned in advance while also being guided and instigated by more than just a few provocateurs in addition to some overzealous Trump supporters.

Alex described a man wearing horns who appears to be receiving a tour of the Capitol by a police officer.  A well-known Black Lives Matter/Antifa extremist from Utah, who was arrested by the FBI, is seen on video speaking with a reporter and celebrating while in the Capitol.

So Alex believes that you had 9 months where the media was glorifying violence, insurrection and the burning of cities.  Yet this latest incident at the Capitol is being used as a pretext to silence Americans and strip us of our rights.

What’s perhaps most telling is that we were on the verge of having a national discussion about massive voter fraud as both chambers of Congress were just about to get started.  The media couldn’t have covered it up yet right at that moment, that opportunity was thwarted because some individuals just happened to ‘breach’ the Capitol.

Other related points for discussion included:

…and much more including calls from listeners around the nation.