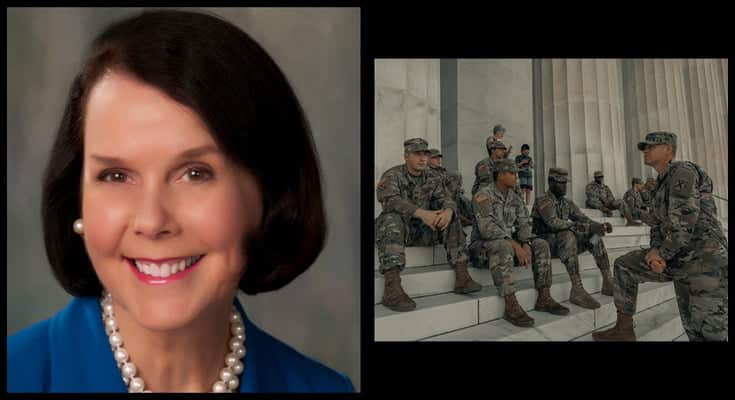 Yesterday’s Crosstalk looked at some of the executive actions put into place by President Biden, all designed to propel the U.S. toward the ‘Great Reset.’

This edition of Crosstalk took a look at Biden’s role as commander in chief, particularly as it pertains to re-instituting a social experiment that began under the Obama administration.

Joining Jim to break down the specifics of this experiment was Elaine Donnelly.  Elaine is the president of the Center for Military Readiness, an independent, non-partisan public policy organization that specializes in military/social issues.

The Biden administration got off to a ‘rocky’ start with National Guard troops in the Capitol.  When all was said and done and inauguration day was over, about 5,000 of those same troops were put into a cold parking garage.  However, this brings up a question: Unless a person believes the conspiracy theory that there’s going to be some sort of uprising, why are troops still there?

Then there was the insult by Democrat Steve Cohen of Tennessee who insinuated during an interview that most of the 25,000 soldiers there for the inauguration were mostly White males and probably Trump voters, so they might be in the class of individuals who may want to cause trouble.

Are these kinds of activities and reactions signs of deeper problems ahead?  That may be the case when you look at some of the executive orders already signed by the president.  One order bans any sort of distinction based upon sexual orientation or how someone identifies as to gender within all branches of government.  Another one focuses on the military and was designed to reinstate policies that were in place during the Obama administration.  Accompanying that was another order reinstating instruction concerning Critical Race Theory in all branches of government, including the Department of Defense.

Get the specifics and hear how callers responded when you review this broadcast.