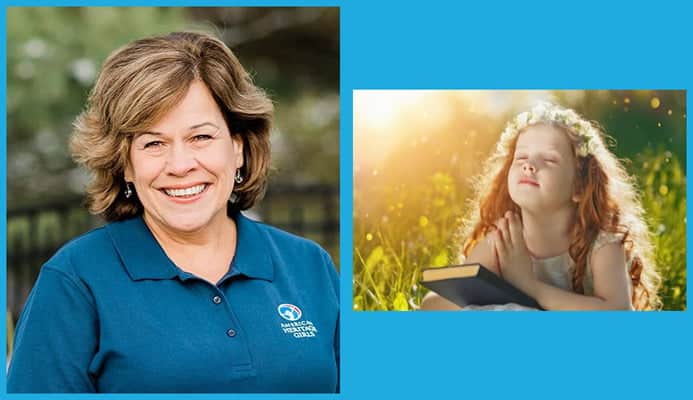 We’ve reached a time when it’s no longer politically correct to talk about girls and boys, their differences, the biblical model, and God’s ideal for each.  The result is that today the debate is whether we should have a ‘Mr.’ Potato Head or not, whether we can have boys that choose to identify as girls, have them participate on girls sports teams and utilize the same restrooms/locker rooms/showers, and vice versa.  Now some stores are under fire just for having separate clothing and toy departments for girls and boys.

Joining Jim to talk about an organization that is playing a counter-cultural role in the midst of all this was Patti Garibay.  Patti is the founder and executive director of American Heritage Girls, a faith-based, national, Christ-centered, scout-type leadership and character development program for girls ages 5-18.  She’s the author of Why Curse the Darkness When You Can Light a Candle? and is also a speaker on the daily radio commentary, Raising Godly Girls.

Patti actively served for 12 years in Girl Scouts USA.  What caused her to leave?  According to Patti, they changed.  They decided in 1993 that they would change their oath so that it would no longer mandate an oath to God.  This was a critical change for Patti because as a Christian woman, she used scouting as a ministry.

She began to do some investigating and discovered that Girl Scouts was not the type of organization her mother brought her into nor the one Patti brought her own daughters into.  She tried to make some changes but the effort was to no avail and that’s when she felt the Lord was telling her to start something new.

American Heritage Girls was founded in 1995.  On their website they have a diagram with several prongs, (like petals on a flower) such as faith, leadership, citizenship, social/emotional, life skills, and outdoors, with Christ at the center.  The reason for this is because Patti believes that in order for girls to really flourish in the world and the kingdom, they need to know what being Christ-like is for them, and without Christ at the center, American Heritage Girls is no different than a secular organization.

This means Christ is infused in whatever they do including badge acquisition, outdoor skills, learning about leadership, to being socially and emotionally stable, how to dig deeper into faith, and understand how important their relationship with Christ is throughout the week, not just on Sunday.

If you’re interested in an effort that helps build women of integrity, learn more by listening to this broadcast and checking out the website at the link below.