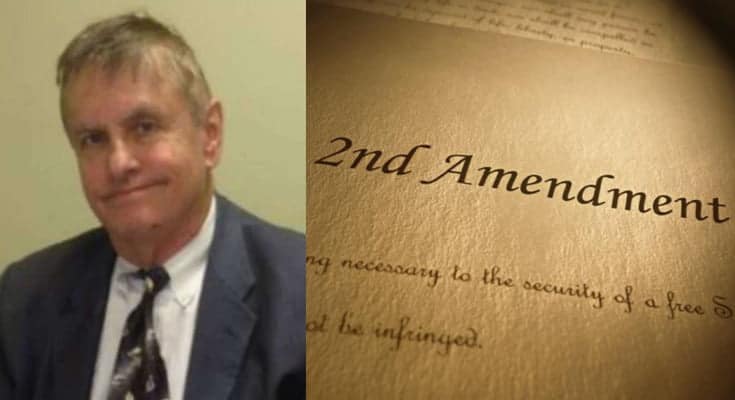 As promised, during the run-up to the 2020 elections, it was warned that gun control was going to be in the sights of a Biden administration.  They had their sights on the 2nd Amendment with the enabling of a House of Representatives under Pelosi and the Senate under Schumer.  Just hours ago that promise was fulfilled, in part, with legislation that passed the House of Representatives.

Joining Jim for discussion regarding this critical issue was Michael Hammond.  Michael is the legislative counsel for Gun Owners of America.

Michael described HR-8 as basically a universal gun registry.  It would create a registry of every gun, gun owner and their addresses.  In addition, it would create a set of complex rules that no one could comply with.  Michael described the rules as being similar to a minefield.  Make the wrong step and you go to prison.  In other words, the complex nature of the rules amounts to intimidation.  He cited examples to prove his point.

HR-1446 had 165 co-sponsors, all Democrats.  It’s called the Enhanced Background Checks Act.  The final vote was 219-210.  2 Republicans joined the Democrats while 2 Democrats joined the Republicans.

In 1993 there was a compromise.  There would be a ‘Brady check’ but the government wouldn’t allow you to hold up a gun transaction indefinitely.  Instead, after 3 days, without violating the law, you’d be able to take possession of the gun from the seller.  That’s assuming the government hadn’t found anything adverse about you.

Instead what’s been happening is the government has been going around to gun sellers (particularly ‘box’ stores) and has been telling them that unless they give the go-ahead, don’t transfer the gun in spite of the fact that they know the law allows the gun to be transferred at the end of 3 days. Michael noted that they’ve received probably more complaints on this one issue than any other.

Now the FBI is saying that 3 days is not enough and they want to hold up transactions for at least 10 days.  After that period you petition the FBI.  Then 10 days after that, you’re in the same position you were in at the end of 3 days under previous law; that is, you can legally take possession of the gun but you probably won’t be able to.

Sound convoluted?  As Michael explained previously, it’s all about intimidation and making things so complex that people will ask, ‘Do I really want to own a gun?’

Michael sorts this all out, and listeners offer their views as well, on this edition of Crosstalk.