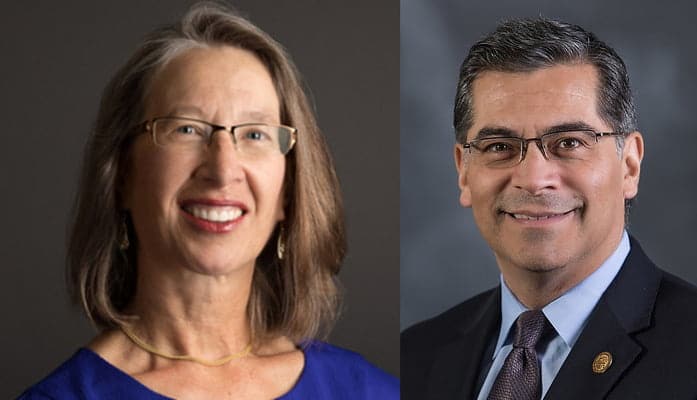 The nominations continue to flow for key cabinet positions and other high ranking government officials.  Of great concern to many is the nomination of Xavier Becerra for the position of Secretary of Health and Human Services.

Joining Jim to discuss this nomination was Twila Brase.  Twila is the president and co-founder of Citizens’ Council for Health Freedom. Twila is a registered nurse, a certified public health nurse, and author of Big Brother in the Exam Room: The Dangerous Truth About Electronic Health Records.  She’s the speaker on the daily Health Freedom Minute heard on stations across the nation.

Earlier this month, Twila sent a letter to the leadership of the U.S. Senate to oppose the confirmation of Xavier Becerra who is currently the Attorney General of California.  Judging from his current title, how much experience in health care does he have that qualifies him to hold the position of Secretary of Health and Human Services?

The answer is…none.  Twila indicated that he has no experience in this regard, he’s not a physician, and he’s never worked in the health care industry.  The reason she thinks he’s in this position is because he defended the Affordable Care Act in front of the U.S. Supreme Court, he’s a single payer advocate, and a Medicare for all advocate.

Jim then wondered why certain people, like Becerra, are being brought up for positions for which they have no experience.  He pointed to Pete Buttigieg who was nominated for Secretary of Transportation.  Is it a case where they are being mentioned just to fill such positions with left-wing radicals?

Twila noted that the Biden administration is filled with Obama era veterans.  She described what Obama was able to do.  She mentioned the American Recovery and Reinvestment Act and the large amount of money it took from taxpayers.  Then there was the Affordable Care Act.  In other words, they did all they could in two years to push what they could and she believes the Biden administration is doing the same for his first two years.

Jim quoted Twila who wrote that Becerra has ‘…a disturbing record of exploiting state and federal medical laws to legally persecute the religious and individual liberties of both patients and physicians.’  She backed this up by describing how he helped to produce a law that created a new type of speech in California.  This involved an attempt to regulate the pro-life clinics by forcing them to tell anyone who came to them for help where they could go to get an abortion.

These are just the early details this program provided concerning this highly controversial nomination.  Learn more, including the latest on the COVID-19 vaccine front, and hear what listeners had to say, when you review this edition of Crosstalk.