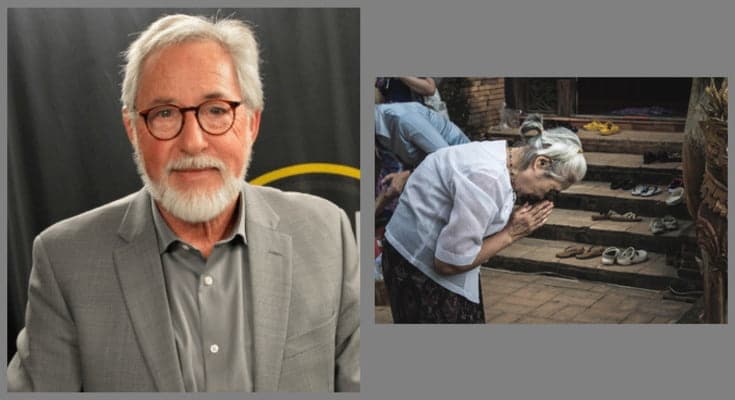 There are changes going on in China that breed persecution of the church.  The guest on this edition of Crosstalk indicated that China’s situation for Christians, coupled with increased human rights abuses, is heartbreaking.

Jim welcomed back Paul Popov.  Paul is the CEO of Door of Hope International.  They are a voice and a helping hand to persecuted Christians worldwide.  When he was five years old, his father. Haralan Popov, a prominent Protestant Minister, was brutally taken from his family by the KGB in 1948 and arrested on false charges of being a ‘spy for America.’  The guest on this broadcast, along with his family, were branded as ‘enemies of the state.’

Jim noted that new measures are set to take effect in China beginning May 1st.  They’re called ‘Administrative Measures for Religious Groups.’  According to Paul, under these measures, all pastors must enter a database handled by the secret police.  In this database, pastors must tell everything about themselves.  Also, pastors must record sermons so they are available when asked for by the secret police.  Noting his father’s past experience under communism, Paul believes this is about forcing pastors to preach socialism from the pulpits.  While similar control has been in place for some time, Paul indicated that the new law is much worse.

Paul also described plans underway for a new socialist Bible.  It will be similar to our Bible, however, the narrative in some areas will be different and outright blasphemous.  He noted John 8 where Jesus is dealing with an adulterous woman.  Instead of Jesus communicating that he who is without sin should cast the first stone, this new Bible will communicate that the crowd leaves, with Jesus telling the woman that he is also a sinner.  Then he proceeds to stone the woman.

Paul sees China as benefiting from the capitalistic system of efficiency.  At the same time they’re increasing their surveillance and dictatorship of the minds of the people.  It’s about building the communistic paradise that Marx believed would happen in the future.

To obtain a complimentary copy of the book, Tortured for His Faith, call, write or e-mail:

Mention that you heard this offer on Crosstalk.