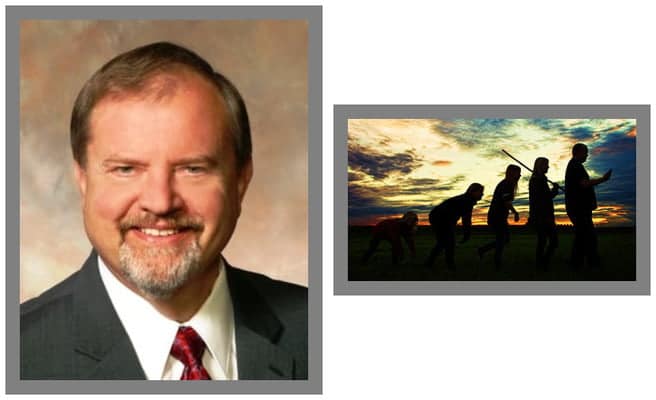 Joining Jim to look at that question was Helmut Welke.  Helmut is the president of the Quad-City Creation Science Association.  He’s a retired engineering manager with a Fortune 100 company and holds both bachelor’s and master’s degrees in industrial engineering.  He’s also a member of the Creation Research Society and speaker on creation science topics.

Discussion began with the formation of the Quad-City Creation Science Association, his background that led to engineering, along with his apologetics studies that led him to study the creation/evolution debate for over 40 years.

Helmut believes that the terms ‘evolution’ and ‘science’ are not synonymous.  It’s a case of learning the difference between the actual facts of science and what scientists say.  Scientists are people with a particular worldview.  So they can look at the facts of science and interpret those facts their way.

Helmut also believes you don’t have to deny science to be a creationist.  As an engineer, he had to do science in the real world.  He noted how in that realm you work with scientific facts and learn to analyze data.  If that data leads you in a certain way, especially if it contradicts your worldview, you have to decide if you’re going to follow the science, even if it’s taking you where you don’t want to go.

The remainder of the broadcast focused on 3 key reasons why evolution is bad science.  They include:

From the first verses of Genesis to fish to dinosaurs, a lot is covered on this program with listeners contributing as well.