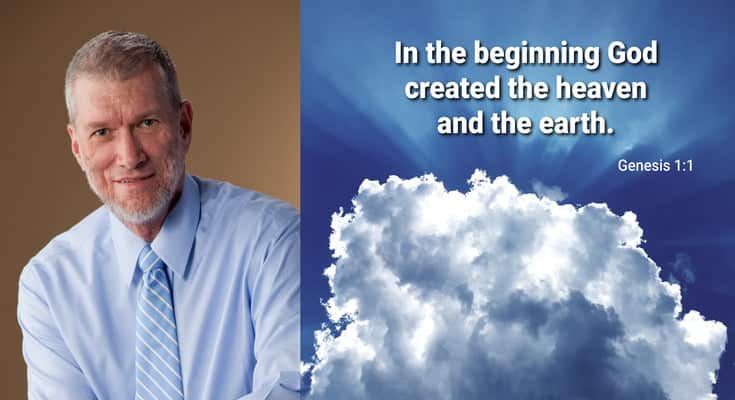 In recent years the concept of ‘deplatforming’ conservative thought and presentation has been escalating in our ‘cancel culture’ society.  Twitter, Facebook, You Tube, and other forms of social media are aggressively involved in this when the views don’t espouse their secular, globalist worldview.

Jim noted that what’s even more egregious is the growing number of churches that are deplatforming the Bible, specifically Genesis and the organizations that stand behind that book.  So while we once had pulpits that proclaimed, ‘Thus saith the Lord,’ more and more are joining the chorus of ‘Yea, hath God said?’

Joining Jim for more on this critical issue was Ken Ham.  Ken is the president, CEO, and founder of Answers in Genesis-US, and the highly acclaimed Creation Museum, and the world-renowned Ark Encounter.  Ken is one of the most in-demand Christian speakers in North America and is author of numerous works.  His Answers with Ken Ham daily feature airs on some 950 radio outlets.

Discussion began concerning an incident that involved AIG speaker Dr. Terry Mortenson who was speaking at an Arkansas church.  During the first service he explained that issues such as adultery, fornication, pornography, homosexuality, and transgenderism are contrary to the commands of God, therefore they are sin.

The pastor was upset by this and spoke with Dr. Mortenson after the service and communicated that he didn’t want him speaking on those issues, especially those related to LGBT.

So as not to communicate a spirit of division, Dr. Mortenson did speak at the later service.  He continued to espouse a literal Genesis but didn’t mention certain specifics due to what happened.

The following week the pastor apologized to the church and according to Ken, the apology showed the pastor doesn’t believe in a literal Genesis and allows for millions of years.  They deleted Dr. Mortenson’s talks from the church website and Facebook so he was effectively deplatformed.

One aspect of the pastor’s apology to his congregation is critical to this discussion.  According to Ken the pastor said, ‘…He put man and woman together and He made them one.  They were equal.’  Ken believes this points to the problem of the emphasis on equality when God gives men and women different roles and he made us differently.

This summarizes the first quarter-hour of the broadcast.  Hear the rest, along with what listeners had to say, when you review this edition of Crosstalk.