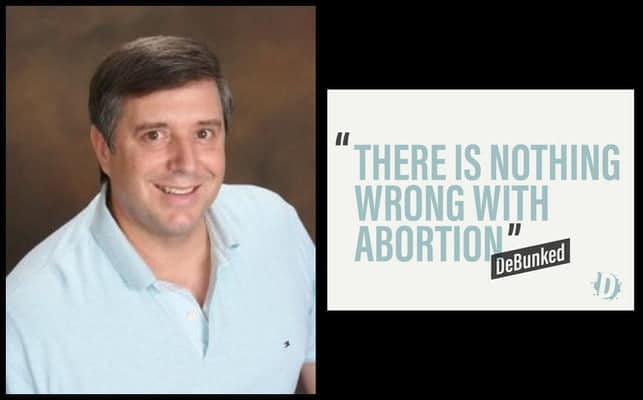 Scripture has a warning for us found in Colossians 2:8 – “Beware lest any man spoil you through philosophy and vain deceit, after the tradition of men, after the rudiments of the world, and not after Christ.”  The philosophies of this world are many, and they are growing in intensity.  Those who do not buy into them are being marginalized, deplatformed, or somehow it’s being communicated that you and your ideas, especially from a biblical worldview, are just not welcome.  You’re accused of being rather backward in your thinking, perhaps even being accused that  you’re from the bronze age!  The result is that rather than responding to these philosophies with biblical truth, there are many who are just shrugging their shoulders and giving sway to these thoughts and philosophies of the day.

One ministry has set out to debunk these philosophies.  Not only are they giving secularists pause to think, they are also equipping believers to be ready to give an answer to those who ask a reason of the hope which lies within them.

Carl Kerby is president and founder of Reasons for Hope.  Prior to forming Reasons for Hope, he was a founding board member of Answers in Genesis and served there for 15 years.  Carl is also a former air-traffic controller at Chicago-O’Hare.  He is co-creator and host for the video series, Weapons of Mass Instruction and presenter of the DVD series for teens, Demolishing Strongholds and presenter on the Becoming Bold DVD series for teens and adults.  He is sought out as a speaker for conferences.  He’s the author of numerous books and producer of a series of videos called, DeBunked.

Carl began by presenting details behind the formation of “DeBunked”.  Part of that was realizing that young people only have a 2.2 second attention span.  So when you’re trying to communicate apologetics concepts, the interest level often isn’t there.

Carl admitted that he’s ADD himself.  So he felt that if he could take these concepts to youth at a fast pace with a jab here and a jab there, and give the communication the feel of “Dirty Jobs” meets “Myth Busters”, it might get young people to think.

Jim played DeBunked #18 called, There’s Nothing Wrong with Abortion.  He then had Carl break down a number of points related to the topic such as:

Crosstalk listeners were also invited to present their views as well.