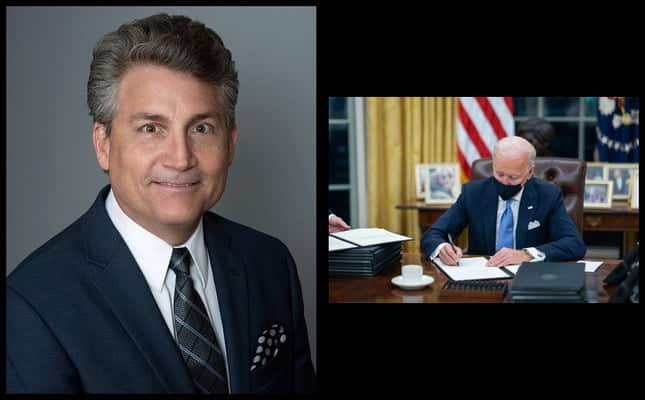 According to a recent report on LifeNews.com, the World Health Organization tells us that every minute, 139 babies in the world die of abortion.  Think about that. 139 babies die every minute.  These remain nameless statistics.  But they are more than that.  They are people who could have been named David or John or Anne or Ken.  Why are we not declaring an international emergency on this issue in the same way we have with the Wuhan virus?

The U.S. is closing in on some 63 million abortions since a majority of justices in black robes issued an opinion in 1973 that taking the life of an innocent baby in the womb was constitutional.  According to actions he took, our previous president, Donald Trump, was the most pro-life president our nation has seen.  However, as the last 100 days have proven, the Biden Administration has gained notoriety as the most pro-abortion administration in the entire history of the U.S.

Jim began by noting how we’ve swung from the most pro-life president to the most pro-abortion president.  Brad responded by reminding listeners that when we enter the voting booth, sometimes we have a choice between good and evil.  That’s what voters were faced with in the November election concerning their presidential choices.

So after 100 days in office, what has the president done that’s placed him at odds with so many Americans on the issue of life?

Discussion also included pro-life news out of New Jersey, Texas, Idaho, Oklahoma, Montana, the latest on the Born Alive Abortion Survivors Protection Act, the courts, conscience protections for doctors, the views of callers, and much more.