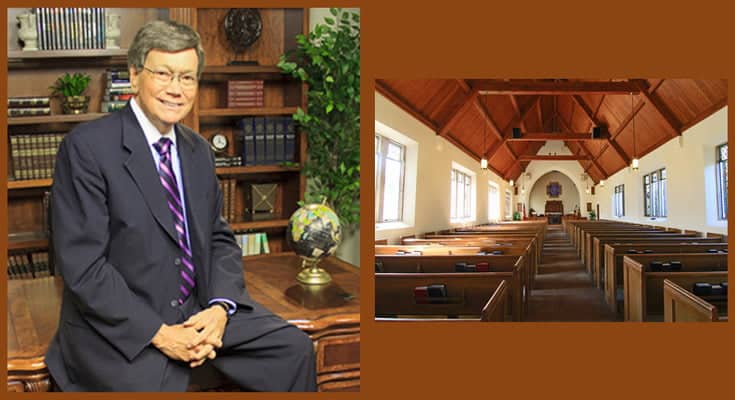 It’s disturbing to hear of those who make a confession of faith and proclaim the name of Christ, only to eventually walk away from Jesus.  In late 2019, author and pastor Josh Harris spoke openly about leaving his wife, the church and Christianity.  Then there are CCM artists like Marty Sampson who publicly denounced his faith on social media.

The guest on this edition of Crosstalk calls these incidents, “deconversion”.  So why is this happening?  Is this something new or has this been going on for some time?

Joining Jim to discuss this issue was Dr. Ed Hindson.  Dr. Hindson is the founding dean of the School of Divinity and Distinguished Professor of Religion at Liberty University.  He’s the speaker on The King is Coming broadcast.  For decades he’s been an active conference speaker and has served as the editor of five major Study Bibles.  He is the author, co-author or general editor of over 40 books, many on the topic of Bible prophecy including: 15 Future Events That Will Shake the World and Earth’s Final Hour.

Dr. Hindson communicated that the phenomenon of people walking away from the faith is not new.  It goes all the way back to the New Testament.  He cited John 6 where Jesus is making some strong statements about himself.  He told the people he is the bread of life, he fed the 5,000, and when they came back the next day for more food, instead of giving them food, he let them know he wanted to give them a message that would change their life and that his real intent was to call them to faith.  He told them the manna that came down from heaven that their fathers ate, those folks are dead.  He let them know he had living bread so that they would never die.  They didn’t like this message with the result appearing in John 6:66  where it tells us that many of his disciples went back and no longer walked with him.

This points to the confusion that can appear in the minds of people over what is a person’s commitment to Jesus.  Dr. Hindson fears that sometimes people make a profession of faith because they want to go to heaven or don’t want to go to hell but they don’t really want to follow Jesus either.

This is the main thrust of a program that also looks at the following:

There’s much more to learn from this broadcast while listeners add their questions as well.