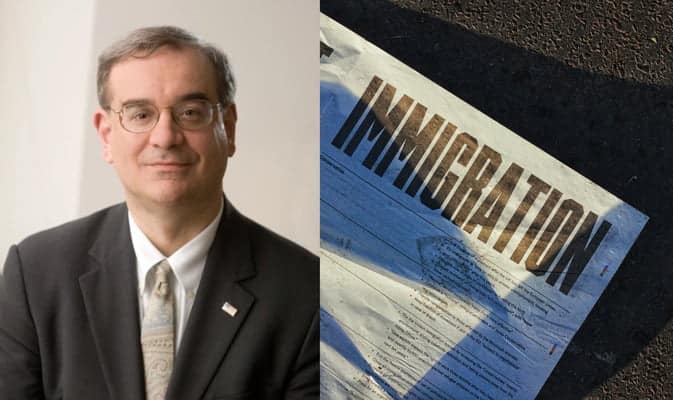 On Tuesday of this week, 20 governors sent a letter to the president and vice-president urging immediate action regarding the border crisis.  This comes as no surprise as the Biden administration is busing and flying illegal immigrants to cities across the nation, while young children are being abandoned in severe heat.  A shell game is going on with children being moved from place to place to give the appearance of empty child migrant facilities.

So what else is actually taking place at our borders?  To present what the national media has been refusing to report, Crosstalk welcomed back Mark Krikorian.  Mark is a nationally recognized expert on immigration issues serving as the executive director of Center for Immigration Studies.  They’re an independent, non-partisan research organization examining and critiquing the impact of immigration on the United States.  He has testified numerous times before Congress and has published articles in many outlets.

Several weeks ago, Vice-President Kamala Harris was put in charge of the border crisis by the president.  Why hasn’t she visited the border yet?  According to Mark, her office has said that she’s in charge of addressing root causes of migration in Central America, not the border itself.  Mark understands that to mean the vice-president realizes this is a “hot potato” and she wasn’t about to be saddled with this issue.  In other words, she’s a politician who smells political disaster.  So while she may be willing to have a “Zoom” call with the president of Guatemala or something similar, she’s not having anything to do with the border mess that was created by the president.

Mark indicated that the April numbers just came out and there were almost 180,000 apprehensions at the border, a 21 year high.  That was up a bit from March but not as much as March was up from February.  What’s different between now and 21 years ago is that almost 40% of the people arrested are adults with children (family units) or just children on their own.  If it’s a single man, the border patrol turns him around and sends him back to Mexico.  If it’s a family or unaccompanied minor, it’s more difficult.  You have to get things like their travel paperwork from their government and that’s aside from whether or not they make a bogus asylum claim in an attempt to stay.

Since so many coming across the border are family units and unaccompanied minors, Homeland Security doesn’t have enough space to hold them.  In many cases, the adults are simply let go with a piece of paper.  Mark believes none of them will  ever leave and this administration has said that Immigration and Customs Enforcement (ICE) will not make them leave.

So what we’re dealing with here is permanent increases in immigration outside of those laws that have been passed by Congress.

From taxpayer funding for illegals to the drug consequences, there’s much more to consider.  Callers also shared their views on this edition of Crosstalk.