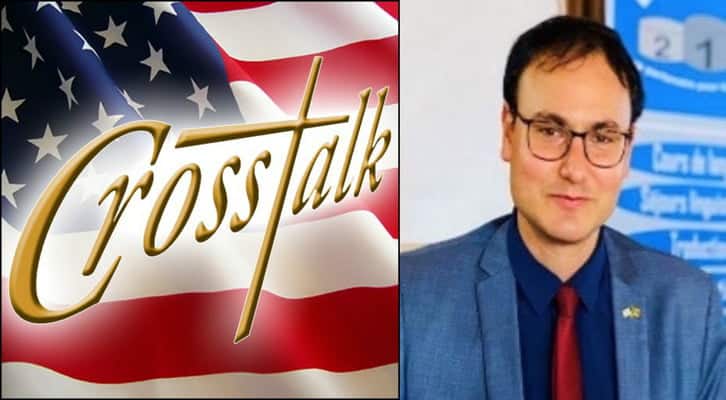 Provocations against Israel by the group known as Hamas broke out beginning Monday of this week and they continue.  Dr. Daniel Aschheim, Consul for Public Diplomacy for the Israeli Consulate for the Midwest, spent a few minutes with Jim by phone to update listeners on this issue.

As this program moved along, numerous other stories were covered.  Here’s a brief sample:

–The U.S. Navy announced Sunday that it seized an arms shipment of thousands of assault weapons, machine guns and sniper rifles hidden aboard a ship in the Arabian Sea, apparently bound for Yemen to support the Houthi rebels.

–Miami Dolphins partnering with local mosque to distribute food in honor of Ramadan.

–The city of Hagen, Germany, has taken down an Israeli flag at the town hall after the raising of the flag caused anger and was perceived by some people as a one-sided expression of solidarity with regard to the current conflict.

–A top American general warns that China is trying to move into the Atlantic.

–China is creeping further east across the Pacific with a new project that could put military assets thousands of miles closer to Hawaii.

–The Colonial Pipeline buckled to the demands of hackers and paid a nearly 5 million dollar ransom.

–Maricopa County election officials apparently erased an election database from a computer just before turning it over under subpoena for the audit.

–More than 1,000 phantom ballots were discovered in Antrim County, Michigan.

–Mike Lindell had over 250,000 watching his “Frank” gathering online.

–A letter has been signed by 120 retired U.S. military leaders warning that America may not survive the attack on the Constitution being orchestrated by Joe Biden.

–Government officials close to President Biden and his family are plotting ways to charge Donald Trump of crimes before he can run for the presidency again in 2024.