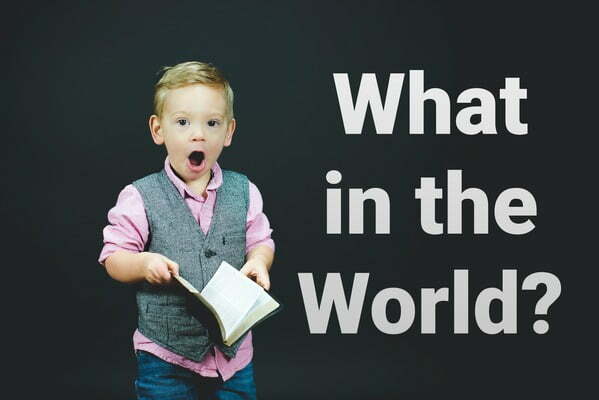 You may recall growing up and hearing something so outlandish you thought, “What in the World?”  This is the latest in a continuing series of broadcasts that looks at news stories that can’t help but make you think the same thing.

Here’s the list of stories Jim noted from the first quarter hour:

–Disney has announced it will be bringing back its animated sitcom “The Proud Family” with the inclusion of some new characters including 2 inter-racial gay dads who are adoptive parents of a teenage racial activist.

–Lego is releasing a toy set for LGBTQ pride month.  It includes 11 non-gendered figurines that form a rainbow.  It also includes a purple drag queen figure.

–A PBS station in New York is defending its airing of a children’s program featuring a drag queen and that’s aimed at children ages 3 to 8.

–Nordstrom’s is teaming up with Trans Lifeline and the digital queer healthcare service “FOLX” to fund hormone replacement therapy for transgender people as part of a pride month initiative.

–Google Docs will now make more inclusive suggestions and edits in its predictive text algorithm.  It will add gendered words such as changing mailman to mail carrier or chairman to chairperson.

–The London Northeastern Railway has said that its conductors will be warned to not use the greetings “Ladies and gentlemen” following a complaint that came from a non-binary passenger.

–Hailey Davidson, who is biologically male but identifies as female, competed and won a professional title in women’s golf just over a week ago.

–There’s a new animated recruitment video about Emma, a real soldier, who’s raised by lesbians.  It features a pro-homosexual theme, while presenting lesbian behavior, homosexual marriage and homosexual parenting as normal and even patriotic.

–The CIA also has a recruitment video called Humans of the CIA that features an intersectional and cisgender Latina mom.

–A court in Canada has ruled that a child legally has 3 parents.

The remaining stories, along with comments from callers around the nation, can be heard on this edition of Crosstalk.