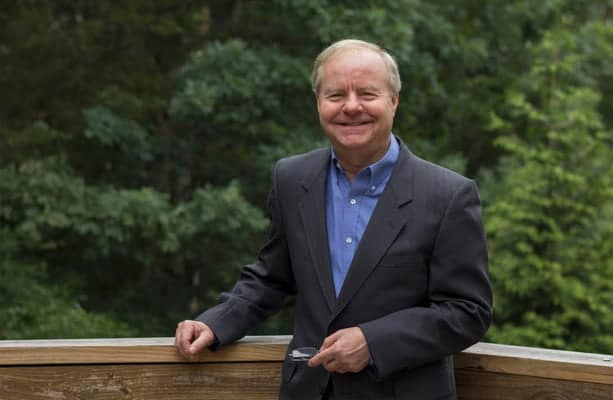 Today there’s a war on normal.  Millennia of normal told us (along with God who designed it and biology that proves it) that marriage is between a man and a woman.  We’ve created polyamorous categories such as ‘thruples’ as well as those   who deny science by claiming that you can change your gender.

Joining Jim to sort through some of these trends in the war on normal was Robert Knight.  Robert is a former Los Angeles Times news editor and writer and was a Media Fellow at the Hoover Institution at Stanford University.  He’s a regular weekly columnist for The Washington Times, Townhall.com, OneNewsNow.com and others.  Robert has held senior positions in a number of pro-family organizations.  He’s an author of several books including The Coming Communist Wave: What Happens If the Left Captures All Three Branches of Government and Liberty on the Brink: How the Left Plans to Steal Your Vote.

Robert sees the war on normal as a deliberate tidal wave because it’s hitting us everywhere from TV, social media, everyday media, to the education establishment.  Christians understand that our most fundamental values are under assault and that if it isn’t turned back, we’ll eventually see persecution.

To show how crazy this has become, Robert noted how a large consumer product company is making a change with regard to their hair care products.  While such products might be recommended for a range of hair types from oily to dry to normal, they will no longer use the term, ‘normal’, because it’s now deemed offensive.

Robert contends this is being driven by those who want to sell us the idea that there is no ‘normal’.  The extension of this is the idea that there’s no objective reality.  Everything is in our heads.  So gender has nothing to do with biology and is just a frame of mind.  Your truth isn’t my truth is the idea here.  Bible believing Christians realize this is nonsense because they know that the Lord is Lord of truth.

For Robert, this is aimed at the idea of biblical truth; that it’s something that’s beyond debate and it’s a moral framework that He gave us for our own good.

Jim had Robert break down some of the factors and activities that play into this war.  They included:

There’s much more to hear, including thoughts on this topic from listeners across the nation.

For his free newsletter send an email to RobertKnight4@gmail.com