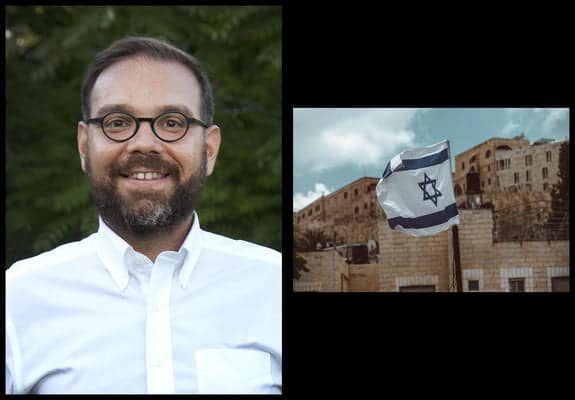 Conversation began with Chris discussing the position/responsibilities of the president of Israel in contrast with the prime minister.  This distinction is important as Israel has elected Isaac Herzog, the head of the Labor Party, to replace Reuven Rivlin.

Next up was discussion concerning a coalition that’s been formed to oppose Benjamin Netanyahu as Prime Minister.

Hamas recently launched 4,000 rockets from Gaza on Israel.  Chris noted that as Iran continues to supply arms to Hamas, the rockets can travel farther because they are becoming increasingly more sophisticated.  He praised God for Israeli ingenuity as they have the “Iron Dome” that protected the nation.

So what sparked this latest attack?  Chris believes it was due to the canceled Palestinian election brought on by Mahmoud Abbas along with the re-up of American funds going to the Palestinians.

As this program progressed, Jim had Chris comment on the lack of U.N. condemnation over the desire of those who wish to see Israel destroyed, the U.N. probe of war crimes against Israel, if it can be guaranteed that aid to Gaza won’t replenish the arsenal of Hamas, and much more.